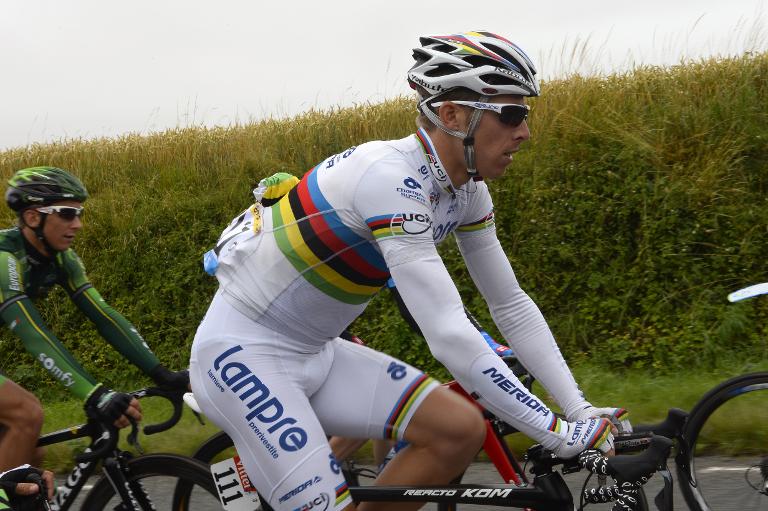 World champion Rui Costa of Portugal withdrew from the Tour de France on Tuesday due to pneumonia, his Lampre-Merida team said in a statement.

Costa had been 13th in the standings at almost 13 minutes behind race leader Vincenzo Nibali.

His team said he’d been struggling with bronchitis in the Alps before Monday’s rest day.

Lampre said: “(Costa) was forced to retire after an X-ray examination, carried out during the rest day at a clinic in Pezenas, showed an outbreak of pneumonia.”

The 27-year-old had come into the race hoping to secure a high finish, having ridden as a domestique (support rider) for Alejandro Valverde at Movistar last year.

But he had been struggling to keep pace with the top riders for several days.