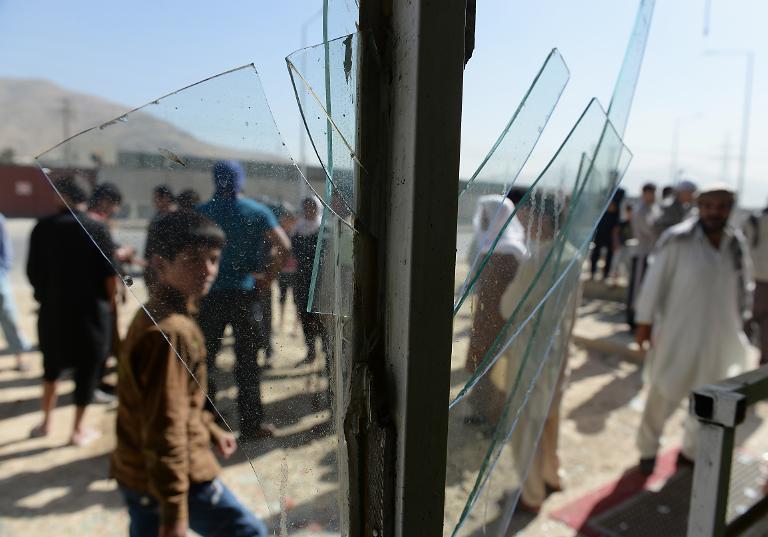 A Taliban suicide attacker riding a motorbike killed five foreign guards in Kabul on Tuesday, the latest blast to rock the Afghan capital during an impasse over presidential election results.

The attacker struck a compound near the outer perimeter of Kabul airport, which was targeted last week when insurgents seized a building in the same area and fired towards the airport using automatic weapons and rocket-propelled grenades.

Taliban insurgents oppose the election process, which is currently undergoing an audit of all eight million votes due to a dispute between the two contenders over fraud allegations.

“The US Embassy strongly condemns the terrorist attack on Camp Gibson in Kabul this morning which killed five foreign national security guards,” a US statement said.

“We offer our condolences to the families of the victims, and hope for the speedy recovery of the Afghans and foreign nationals injured in the attack.”

It gave no further details on Camp Gibson, but Kabul police said it was a joint compound used by the interior ministry’s counter-narcotics department and foreign forces.

“Our initial reports show the explosion took place inside the foreigners’ compound,” Kabul police chief Zahir Zahir told AFP. “The foreigners were exercising inside at the time.”

“Our teams are on the ground investigating how an attacker on a motorcycle entered the compound.”

The nationalities of the victims was not known, and there was no immediate comment from NATO’s International Security Assistance Force (ISAF), which is winding down its mission after a 13-year war against the Taliban.

One government official told AFP that the victims worked for a private contractor.

The Taliban used a recognised Twitter account to claim responsiblity for the attack, saying 15 “agents” had been killed inside a foreign intelligence base. The insurgents often exaggerate death tolls after attacks.

Afghanistan is on edge as the election dispute between poll rivals Ashraf Ghani and Abdullah Abdullah threatens to trigger instability and revive ethnic tensions that ravaged the country during the 1992-1996 civil war.

Civilian casualties soared by 24 percent in the first half of 2014, according to recent UN figures, while the International Crisis Group has said the “overall trend is one of escalating violence and insurgent attacks”.

The vote audit was part of a deal brokered by US Secretary of State John Kerry to tackle the political crisis as Ghani and Abdullah both claimed victory.

Some 23,000 ballot boxes are being transported by the Afghan army and NATO forces to the capital, where they will be examined at 100 verification stations.

Abdullah led Ghani after the first round of voting but preliminary results of the run-off, announced on July 7, showed Ghani ahead by over one million votes.

Abdullah rejected the result, saying that most of his opponent’s ballots were fraudulent.

Abdullah draws his support from Tajiks and other northern Afghan groups, while Ghani is backed by Pashtun tribes of the south and east.

The recount has already sparked fresh arguments and fallen behind schedule.

The inauguration of President Hamid Karzai’s successor was due on August 2, but has now been delayed.

Kabul airport, which includes a large military base as well as a civilian terminal, has often been attacked before. A rocket strike destroyed Karzai’s parked helicopter on July 3.