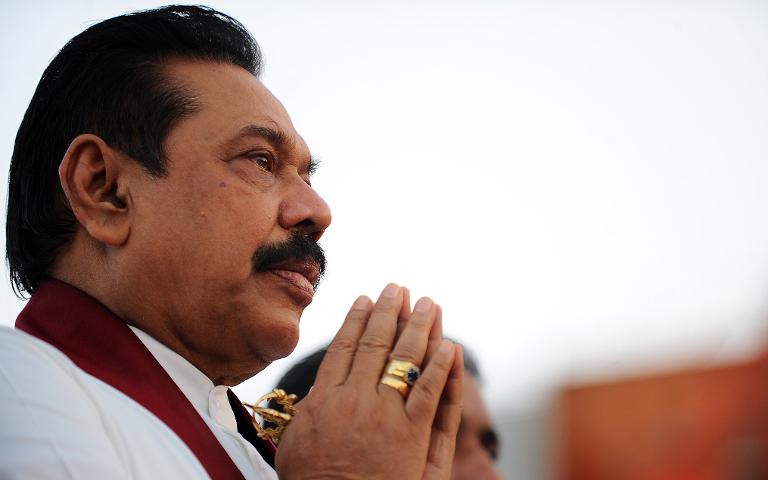 Sri Lanka President Mahinda Rajapakse will skip the Commonwealth Games starting this week in Glasgow despite being chair of the bloc, his office said Tuesday, after activists threatened to protest at his attendance.

Rajapakse’s spokeswoman denied he had decided to stay away because of the threat of demonstrations over Colombo’s alleged human rights abuses.

“No such visit was scheduled,” Mohan Samaranayake told AFP.

Rajapakse is the current chair of the 53-member bloc of mostly former British colonies and last November hosted a summit of Commonwealth leaders that was overshadowed by the allegations.

Anti-government websites based outside the country have said Sri Lankans in Europe were planning to stage street protests against Rajapakse if he attended Wednesday’s opening ceremony in the Scottish city.

Rajapakse was embarrassed in 2010 when an Oxford University debating team cancelled his address at the last minute due to demonstrations by ethnic Tamils who accuse the Sri Lankan leader of war crimes.

Sri Lanka has faced international censure over allegations that troops killed up to 40,000 civilians in the final stages of the conflict, a charge Rajapakse denies.

Canada has suspended its funding to the Commonwealth for the two years that Rajapakse is rotating chair of the bloc.

The Commonwealth Heads of Government Meeting in November was marred by boycotts by Canadian Prime Minister Stephen Harper over the alleged abuses, while the leaders of India and Mauritius also stayed away.

Sri Lanka has sent a team of athletes to the Games.