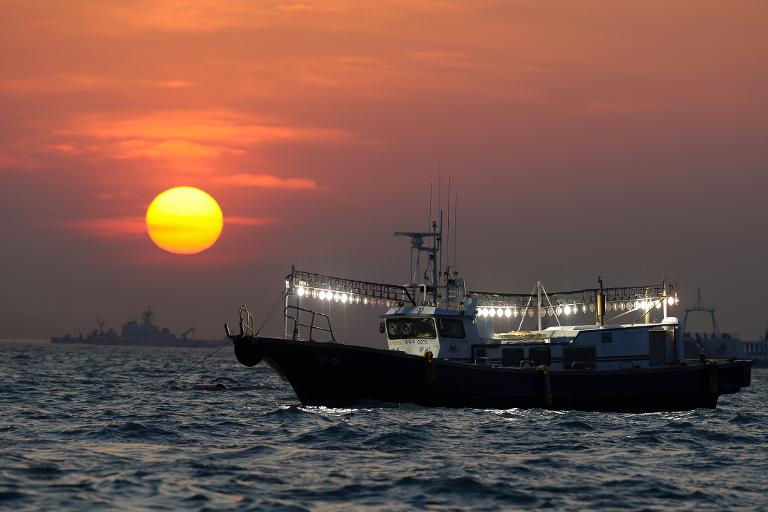 South Korean police announced Tuesday that a badly-decomposed body found last month had been identified as that of the fugitive tycoon whose family owned the ferry which sank in April with the loss of 300 lives.

Yoo Byung-Eun had been the target of an unprecedented, months-long manhunt involving tens of thousands of police officers and army troops.

The body was found nearly six weeks ago on June 12, lying in a field just outside the city of Suncheon, 300 kilometres (186 miles) south of Seoul.

Discovered by a local resident, it was in an advanced stage of decomposition and the match with Yoo was only made after a DNA test.

After weeks of technical treatment, forensic experts eventually managed to lift a print from one of the index fingers that confirmed Yoo’s identity.

Suncheon police chief Woo Hyung-Ho told reporters the body was too decomposed to ascertain the cause of death, although several empty bottles of alcohol were found at the scene.

“We do not know yet whether it was a homicide or a suicide,” Woo said.

“We are hoping that more detailed forensic analysis will shed light on this and on the exact time of death,” he said, adding that a toxicology test was being carried out.

The police had been widely criticised for failing to capture Yoo and Woo acknowledged that investigators had also been slow in connecting the body with the fugitive businessman.

It was found just a few kilometres from a villa Yoo was known to have used, and next to the corpse was a bag containing an autobiography Yoo wrote in prison in the 1990s.

“We admit that … the investigations on his belongings were imperfect,” Woo said.

“We could have identified him far earlier if we had worked more actively,” he added.

Woo’s frankness was apparently not appreciated by his superiors and shortly after the press briefing it was announced that he had been removed from his post as police chief.

Yoo was the patriarch of the family behind Chonghaejin Marine Co., which owned and operated the Sewol ferry that sank on April 16 with 476 people on board, including 325 high school children.

The number of confirmed dead currently stands at 294, with 10 victims still unaccounted for.

The disaster stunned South Korea, knocking the entire country off its stride and triggering public outrage as it emerged that incompetence, corruption and greed had all contributed to the scale of the disaster.

A summons was issued for Yoo shortly after the sinking, but he refused to surrender to police and eventually went on the run.

A reward of 500 million won ($490,000) was offered for information leading to his capture, and 100 million won for that of his eldest son, Yoo Dae-Kyun, who is still absconding.

Yoo has no direct stake in Chonghaejin, but his children and close aides control it through a complex web of holding companies.

He was wanted for questioning on possible charges of embezzlement and criminal negligence, related to lax safety standards and regulatory violations.

Many of Yoo’s family members have been arrested, including his wife and his brother. A daughter is fighting an extradition bid from Paris.

The charges were unrelated to the ferry sinking, and involved the alleged embezzlement of money from a splinter religious group, the Evangelical Baptist Church, established by Kwon’s father.

In June, thousands of police officers had conducted a raid on the church’s main complex south of Seoul.

In 1992, Yoo was sentenced to four years in prison on fraud charges related to the misuse of church funds.

Despite the forensic evidence gathered by the police, the church’s followers refused to believe the body found in Suncheon was Yoo’s.

“The body was too decomposed to be his,” said church spokesman Lee Tae-Jong, who was also suspicious about the alcohol found at the scene.

“I suspect this is a trap laid by police in their efforts to capture him,” he added.