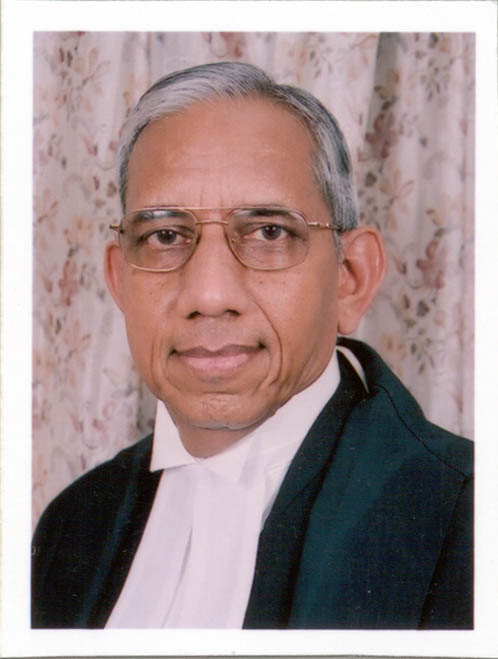 New Delhi: Former Supreme Court judge Markandey Katju, who alleged that three Chief Justices of India made “improper compromises” during UPA rule in allowing a judge under corruption cloud to continue in office, on Tuesday posed six questions to one them â€“Justice R C Lahoti â€“on the issue.

Katju asked if after receiving the adverse IB report against the Additional Judge, Lahoti, who was then Chief Justice of India, called a meeting of the three-Judge Supreme Court Collegium, consisting of himself, Justice Y K Sabharwal and Justice Ruma Pal, and the Collegium, having perused the IB report recommended to the Government of India not to extend the 2-year-term of that Additional Judge?

Katju, Chairman of the Press Council of India, put the posers to Lahoti on his blog. On timing of his statement on Monday, he said, “Some people have commented about the timing of my statement. What happened was that some Tamilians had commented on Facebook that I am posting several matters on my Facebook post, so I should also post some of my experiences in Madras High Court.

“Then I started posting about my experiences there, and it was at time I remembered this experience too, and posted it,” he said. Katju asked, “Is it, or is it not, correct that after that recommendation of the three Judge Collegium of the Supreme Court was sent to the Government of India, he (Justice Lahoti), on his own, without consulting his 2 other Supreme Court Collegium colleagues, wrote a letter to the Government of India asking the Government to give another 1 year term as Additional Judge to the concerned Judge?”

The allegation on how an unnamed additional judge of Madras High Court was given extension at the instance of UPA-I government owing to pressure from an ally, a “Tamil Nadu party”, apparently DMK, and then confirmed as a permanent judge led to an uproar yesterday in Parliament by AIADMK MPs even as questions were raised by parties like Congress on its timing.

Katju further said on his blog, “If indeed IB reported, after an enquiry, that the Judge was indulging in corruption, why did he (Justice Lahoti) recommend to the Government of India to give that corrupt Judge another term of 1 year as Additional Judge in the High Court?”

Kharge objected over the matter being raised again contending the Speaker had already given the ruling on it on Monday. Speaker Sumitra Mahajan, however, observed that she only ruled that no point of order could be raised during Zero Hour, but the matter could be raised in another form with new inputs. Raising the issue during Zero Hour, AIADMK leader M Thambidurai, who had given a notice for an adjournment motion, said it was a “very serious matter” that a former Union Law Minister had confirmed that several DMK MPs and a Minister had “pressurised” the UPA government to confirm the controversial judge.

“How did DMK members and a Minister interfere in judicial appointmentâ€¦The Minister and MPs pressurised the government,” he said, as he sought a statement from the Law Minister. Parliamentary Affairs Minister M Venkaiah Naidu said if the Chair allowed, the Law Minister was ready to respond. While Trinamool Congress member Saugata Roy rose to make a point of order, his party colleague Kalyan Banerjee who was seen supporting Thambidurai asked Roy to sit down.

Some Congress members also sought to enter the Well raising the issue of growing attacks on the youth from the Northeast in Delhi. Lok Sabha saw two adjournments back-to-back over the issue as AIADMK members raised slogans and asked the government to come out with the name of the former Union Minister, belonging to DMK, who allegedly warned of pulling out support to the erstwhile UPA government if it failed to confirm the judge.

The controversy erupted on Monday over an allegation by former Supreme Court judge Markandey Katju that three ex-Chief Justices of India made “improper compromises” during the UPA rule in allowing a judge in Tamil Nadu under corruption cloud to continue in office.Â