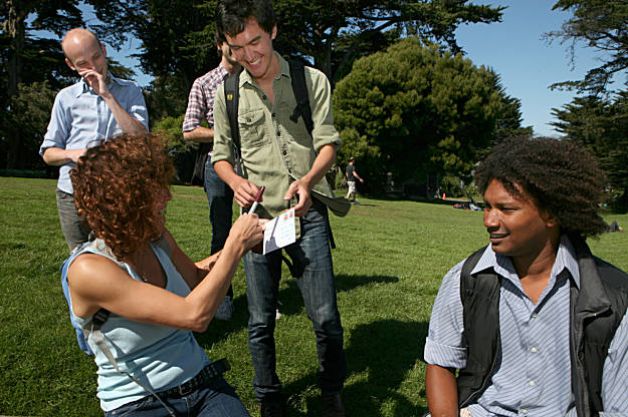 University of Chicago Booth School of Business Professor Nicholas Epley said that connecting with strangers on a train may not bring the same long-term benefits as connecting with friends, but commuters on a train into downtown Chicago reported a significantly more positive commute when they connected with a stranger than when they sat in solitude.

Epley and co-author of the study Juliana Schroder found that participants in the experiments not only underestimated others’ interest in connecting, but also reported positive experiences by both being spoken to and to speaking with a stranger.

Though participants reported greater well-being when they engaged with strangers, they predicted precisely the opposite pattern of experiences, which demonstrated a profound misunderstanding of the psychological consequences of social engagement.

Participants were commuter train and public bus riders who were asked to talk to a stranger, to sit in solitude, or to do whatever they normally would do, then fill out a survey to measure the actual consequences of distant social engagement versus isolation, and the participants in the connection condition reported having the most positive experience out of all three of our experimental conditions, said Epley.

The study is published in The Journal of Experimental Psychology: General.