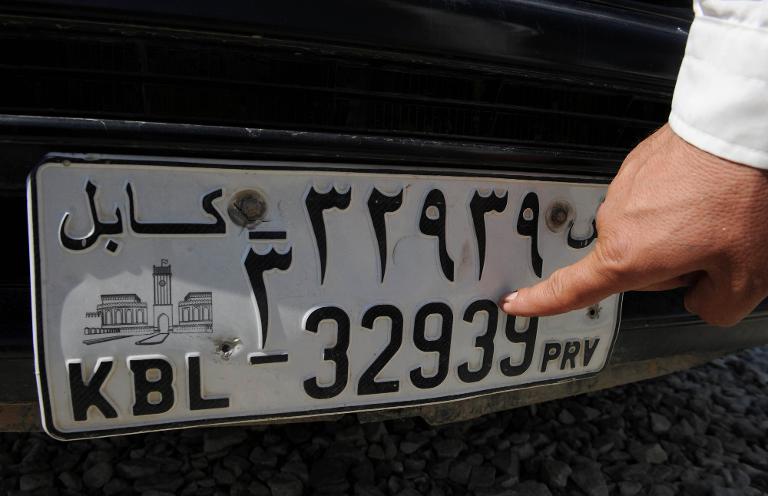 Afghans’ aversion to the number 39 due to its mysterious connotations of prostitution forced the government on Tuesday to appeal for people to stop refusing vehicle licence plates containing the much-feared figure.

The “curse of 39” has struck repeatedly in recent years, returning as registration number combinations cycle over, with car dealers complaining they get stuck with vehicles that they are unable to sell due to a bizarre urban legend.

According to many Afghans, “39” got its bad reputation through a well-known pimp who was often identified by the number on his car plates as he drove around Herat, the western city that lies close to the border with Iran.

The man’s seedy image and illicit business meant that the number became associated with immorality. Apocryphal or not, the tale spread to other Afghan cities — and the curse was born.

Now anyone seen sporting a “39” licence plate is in danger of being linked to the underground sex industry that is taboo in the devoutly Muslim nation.

The vehicle licensing system is now putting 39 at the front of plate numbers, causing a backlog of sales as potential buyers refuse to make a purchase that could bring ridicule.

“We cannot remove 39 — this is illogical to remove a number from the whole system,” interior ministry spokesman Sediq Sediqqi told the Tolo news channel.

“The people should accept the number plates that contain 39 so that the process of registering cars resumes again.

“We cannot change the system, we have to change the people’s mentality toward that number.”

The Kabul traffic department, which issues licence plates in the capital, said it had 800 plates that no one would take.

“This has harmed our revenue,” General Assadullah, head of the Kabul traffic department, told AFP.

“Revenue has gone down by a half this year. The process of distributing new number plates has been very slow because the registration is now beginning with 39 and people don’t want to take them.”

Buyers are alleged to pay bribes to avoid the number in new vehicles, while owners who do have 39 in their plates often doctor their plates illegally using white paint to change the digits.

“The people who fan this idea are those who are corrupt, and those who intentionally want to misuse it for their own benefit,” said Sediq, implying that the rumour-mongers are those who benefit from accepting bribes.