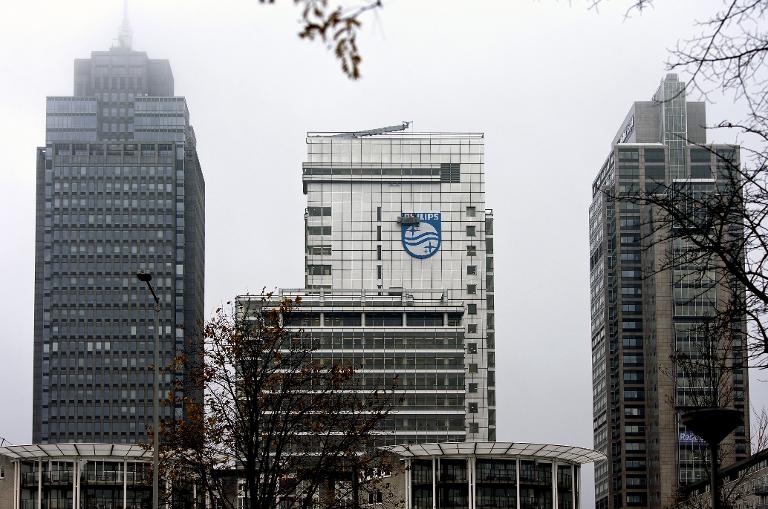 Electrical appliance group Philips reported a setback in its switch to focus on healthcare technologies on Monday, revealing that overall net profit slumped by nearly a quarter in the last three months.

But the group said that its traditional lighting business, driven increasingly by energy-efficient LED technology, was doing well.

Group second-quarter profit fell by 23 percent to 243 million euros ($329 million) from the equivalent figure last year, and the group warned that trading conditions for the whole of this year would be difficult.

“In the second quarter we continued to face headwinds, including ongoing softness in certain markets, unfavourable currency exchange rates and the voluntary suspension of production at our health care facility in Cleveland,” chief executive Frans van Houten said in a statement.

Philips, a household name around the world for home appliances, has a strategy to focus more on advanced lighting technology, and on medical technology where margins are strong and less vulnerable to competition from emerging markets.

Last year, Philips announced the sale of its lifestyle entertainment branch, which makes stereos and DVD players, after selling its troubled TV-making arm in 2012.

But sales by the healthcare division fell by 4.0 percent in the quarter, and the group suffered from a decision to suspend temporarily production at a factory making medical scanners at Cleveland in the United States after the US Food and Drug Administration found shortcomings in quality control.

The group had reported the medical sales fall at the beginning of July. Underlying performance by the division as measured by earnings before interest, tax, and amortisation (Ebita) amounted to 225 million euros, showing a margin of 10 percent of sales down from 18 percent a year earlier.

Commenting on the healthcare division, Van Houten said: “In the second quarter, we continued to see results of our focus to win large-scale multi-year partnerships â€“ such as the recently announced agreement with New Karolinska Hospital in Solna, Sweden â€“ designed to structurally improve patient care at lower and more predictable costs.”

The group expected deliveries from the factory in Cleveland to be resumed gradually in the third quarter of the year.

He said that “in light of this and the recent strong equipment order intake in China and Europe”, the group expected performance to improve towards the end of the second half.

But “2014 is expected to be a challenging year overall,” he said.

At the end of June, the group announced that it was creating a separate company for some of its lighting activities, notably in the auto and mobile phone sectors, and it said this activity was benefiting from demand for energy efficiency.

Sales by all lighting activities rose by 1.0 percent on a 12-month comparison, but sales of products based on light-emitting diodes (LED) had surged by 43 percent, and now accounted for 36 percent of total lighting sales from 25.0 percent at the same time last year.