Home Cityscape Man from Manipur beaten to death in Delhi 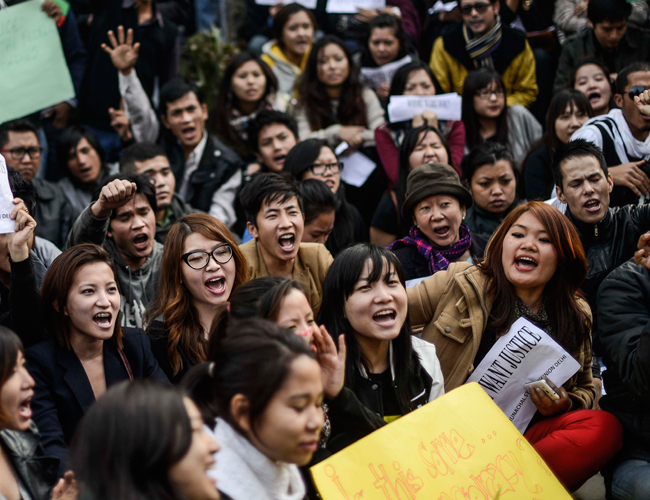 New Delhi: A 30-year-old man from Manipur was on Sunday beaten to death in Kotla in South Delhi. Shaloni, police said, was walking with two of his friends – one from Manipur and another from Bihar. When the attack occurred, both the friends ran away. Police received a call about the quarrel at about 2:30 am. Â

When police reached the spot, they found Shaloni had been beaten up. They took the injured man to the trauma centre at the All India Institute of Medical Sciences or AIIMS, where he was declared dead.Â

“We have registered a case and investigation has been taken up. He was attacked by five-six men. There was no provocation from the part of the deceased,” Deputy Commissioner of Police (South) B SÂ JaiswalÂ said. “We are trying to identify the attackers and the exact sequence of events,” he said.Â ShaloniÂ lived inÂ MunirkaÂ area and was working with a BPO.

“It seems like a pre-planned and unprovoked attack. Home Ministry will probe into the death,” says Minister of State for Home Kiren Rijiju.

The death in similar circumstances of Nido Tania, a student from Arunachal Pradesh, early this year had led to street protests and a national debate on discrimination against Indians from the North East.
Â
Nido, 20, was beaten with iron rods and sticks by a group of men after he had an altercation with a shopkeeper and others in Lajpat Nagar market, not far from Kotla Mubarakpur, in January.Â