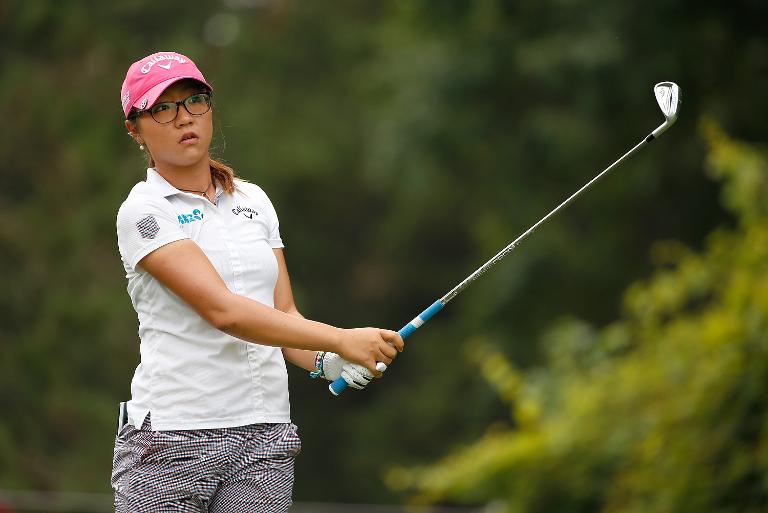 South Korean-born Ko fired a six-under par 65 in the final round to finish 72 holes on 15-under 269 and become the youngest LPGA player to reach $1 million in prize money at only age 17.

“I hit the ball well and gave myself a lot of opportunities,” Ko said. “You have good chances when you get the ball on the green.”

South Korea’s Ryu, seeking her second title at the event in three years, sank a 25-foot birdie putt at the par-5 17th to match Ko for the lead.

But the teen prodigy responded by putting her third shot five feet from the cup at the par-5 18th and sinking the pressure-packed putt to reclaim the lead.

“I knew I needed to make a birdie,” Ko said.

Ko, a portrait of calm composure on the course, could hardly watch as Ryu eyed an eight-foot birdie putt at 18 to equalize once again.

But Ryu pulled the putt right of the cup and Ko was a champion for the second time this season, having claimed the Swinging Skirts LPGA crown in May.

“I can’t do anything about it. That’s what makes it so nerve wracking,” Ko said. “My heart was beating (so fast). I thought she had a big chance to make the putt and get into a playoff.”

Ko birdied the third, fourth and par-3 eighth holes, then began the back nine with another birdie to seize command, setting the stage for a birdie at 16 and the decider at 18 to end a bogey-free afternoon.

Ko won the 2012 and 2013 Canadian Women’s Open titles as an amateur, then turned professional late last year before claiming her first LPGA crown as a pro two months ago.

Ryu settled for second on 270 with American Cristie Kerr third on 272 after a closing 67, but she finished with back-to-back pars, unable to make up ground when it mattered most.

“The last four holes was kind of the story of the tournament for me,” Kerr said. “I didn’t play the last two holes well all week.”