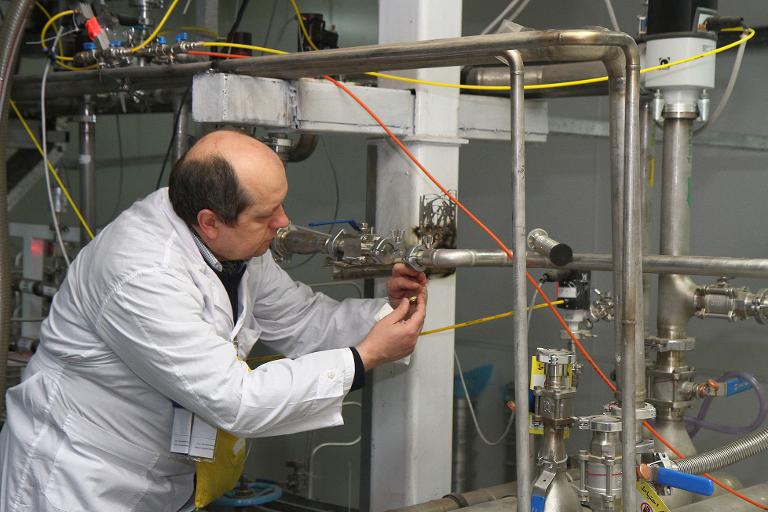 Iran has eliminated all its most sensitive nuclear material in line with an interim deal struck with world powers, a new UN atomic agency report showed Monday.

Days after a deadline to reach a lasting nuclear deal was pushed back four months, the International Atomic Energy Agency (IAEA) said Iran was continuing to comply with its international commitments, in a report seen by AFP.

Under a Geneva agreement with world powers reached in November, the Islamic republic vowed to freeze certain nuclear activities for six months in return for some relief from hard-hitting sanctions.

As of the July 20 deadline, Tehran had indeed cut half of its stock of 20-percent enriched uranium down to five-percent purity, while the rest has been converted into uranium oxide, the IAEA said.

Tehran has also refrained from enriching above the five-percent level at any of its nuclear facilities, the report said.

This was a significant step towards alleviating international fears that Tehran may be seeking to build a bomb, as the West has long believed and Iran has long denied.

Since January, Tehran has consistently stuck to its obligations as laid out under the November interim deal.

While uranium must be enriched to 90 percent to make a bomb, enriching to 20-percent purity levels is just a short step from producing weapons-grade material.

Five-percent enriched uranium, on the other hand, is commonly used in nuclear power reactors.

Iran has always insisted its nuclear programme is solely for peaceful purposes, and that its enriched uranium was meant as fuel for its nuclear power plant in Bushehr and for others to come.

The IAEA report came after Iran and the so-called P5+1 — the five permanent members of the UN Security Council plus Germany — agreed to give themselves until November 24 to reach a lasting nuclear agreement.

The initial deadline had been July 20, but after a sixth round of marathon talks in Vienna, lead negotiator and EU foreign policy chief Catherine Ashton said early Saturday that “significant gaps on some core issues” remained, although there had been “tangible progress”.

The six powers want Iran to dramatically reduce its nuclear programme for a lengthy period of time and agree to more intrusive UN inspections.

This would expand the time needed for Tehran to develop a nuclear weapon, while giving the world ample warning of any such “breakout” push.

A senior Western diplomat said Saturday that the main text “is there, all aspects are addressed, we don’t expect any surprise,” adding that “the gaps are not unbridgeable.”

“But we need to solve the core issues,” the diplomat added.

The head of Iran’s parliamentary foreign affairs committee, Aladin Borujerdi, on Monday welcomed the new deadline, noting that: “The message of this extension… is that the negotiating sides have the will to reach a comprehensive agreement.”

Talks were due to resume in the coming weeks, but at which level, where and when had yet to be decided, diplomats said in Vienna.

The European Union meanwhile announced on Monday that it would extend by four months the suspension of a series of sanctions against Iran, following the decision to continue the negotiations.

Brussels had already suspended these sanctions while Iran was negotiating a nuclear deal with the world powers. The suspension means Tehran can continue to export crude oil.