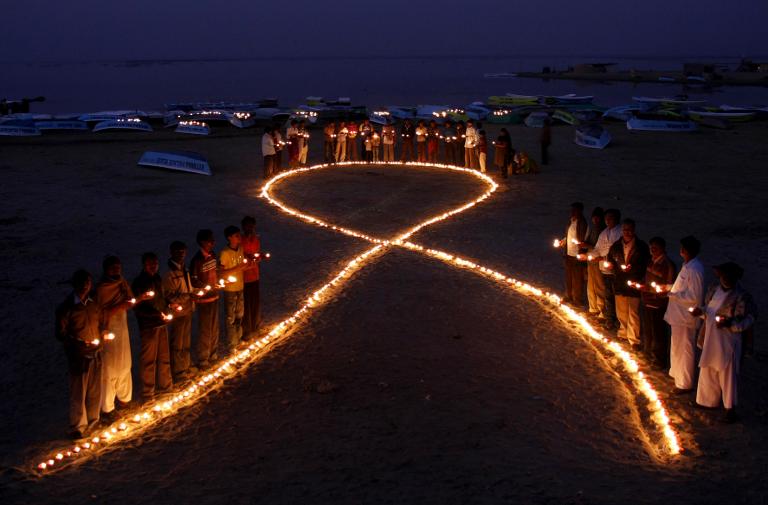 Campaigners at the world AIDS conference are taking aim at countries with anti-gay laws, accusing them of creating conditions that allow the spread of HIV.

Powerfully mixing concerns over human rights and health, the issue threatens to divide western donor countries where gay equality is making strides from poor beneficiary nations where anti-gay laws persist or have been newly passed, say some.

Nobel laureate Francoise Barre-Sinoussi, who co-discovered HIV and co-chairs the six-day conference, seized Sunday’s opening ceremony to lay down a barrage of criticism at laws targeting minorities who bear a disproportionate share of the global pandemic.

“The cruel reality is that in every region of the world, stigma and discrimination continue to be the main barriers to effective access to health,” she said.

“We need again to shout out loud that we will not stand idly by when governments, in violation of all human rights principles, are enforcing monstrous laws that only marginalise populations that are already the most vulnerable in society.”

Experts point to bitterly-won experience in the war on AIDS, which has claimed 39 million lives in 33 years: HIV spreads stealthily from stigmatised minorities and into the mainstream population, where it then can spread like wildfire.

If gays or bisexuals are jailed or persecuted, this discourages them from taking an HIV test or seeking treatment if they are infected. It creates a toxic atmosphere of silence and fear — a perfect breeding ground for HIV.

The scenario is similar, say specialists, when sex workers and intravenous drug users are criminalised.

The 12,000 delegates attending the 20th International AIDS Conference are being urged to sign a “Melbourne Declaration” which insists that all gay, lesbian and transgender people “are entitled to equal rights and to equal access to HIV prevention, care and treatment information and services”.

But just as more and more western countries have passed laws enshrining equal rights to marriage, health care and pensions for gays, other countries have pushed through legislation to prosecute them.

According to a report issued last week by the UN agency UNAIDS, 79 countries have laws that criminalise same-sex practices, and seven of them have the death penalty for it.

Recent adopters of anti-gay legislation include Uganda and Nigeria. India has restored colonial-era anti-sodomy laws. Russia has passed legislation banning even the distribution of information about homosexual orientation.

Kene Esom, a Nigerian who works in South Africa for a gay campaign group, the African Men for Sexual Health and Rights, said these laws sometimes crippled efforts to spread the word about safe sex and expand access to life-saving HIV drugs.

“Some laws ban freedom of assembly and freedom of association” for gays, he said. “That means groups can’t meet or even receive funds.”

Most of the money is spent buying drugs that keep millions of infected people alive.

“Someone must tell those who will not act the practical facts of life in our world,” Kirby said acidly.

“They cannot expect taxpayers in other countries to shell out, indefinitely, huge funds for antiretroviral drugs if they simply refuse to reform their own laws and policies to help their own citizens.”

Donor frustrations at repressive laws were best voiced through the Global Fund to Fight AIDS, TB and Malaria to avoid charges of interference by rich countries in the domestic politics of poor ones, he told AFP.

“I’m a doctor, so my reflex is to think that these countries need antiretrovirals like everyone, and we should not be punishing patients in the hope of getting a government to shift its position.

“However, the Fund is not just a bank, it’s a moral entity,” he said. “It can set general lines (for disbursement), so funding can be conditional.”