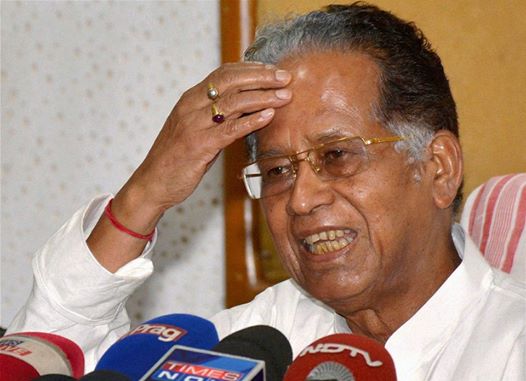 Gauhati: In a bid to answer back the party high-command, as many as 30 dissident Assam Congress MLAs on Monday met the state Governor to express no-confidence in the Tarun Gogoi government.Â  It comes after the central leadership has ruled out any change of guard in Assam.

“There is nothing in all this speculation. The high command will take a decision in the matter,” Congress spokesman Abhishek Manu Singhvi said the high command cannot be taken into rushing into any hasty decision.Â

He said this when he was asked to respond to questions whether a change of guard is likely to take place in Assam ahead of the Assembly session there early next month.
Â

He also dismissed speculation that party Vice-President Rahul Gandhi was not allowing any decision to be taken on the leadership issue in Assam.Â Senior leader Mallikarjun Kharge was sent there as Central Observer and his report was with the high command.Â

Singhvi’s remarks came on a day when party MLAs in Assam stepped up pressure on the state party leadership, urging the high command to resolve the ongoing crisis in the state unit by the end of the present week.Â