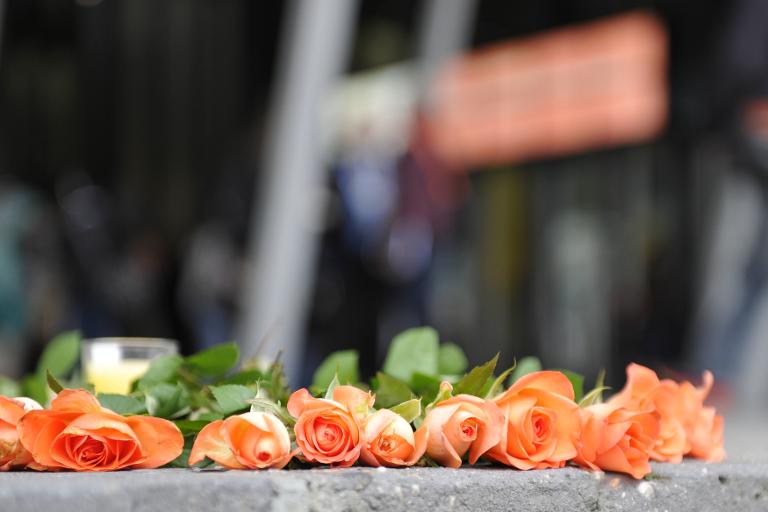 A six-day world forum on AIDS got under way on Sunday to tributes to six campaigners killed on Malaysia Airlines flight MH17 and fresh vows to crush a disease that has claimed twice as many lives as World War I.

Thousands of delegates at the 20th International AIDS Conference in Melbourne stood for a minute’s silence in honour of six colleagues who had been aboard the plane.

They included Joep Lange, a Dutch scientist who had played a frontline role in the 33-year war on AIDS.

“Let our silence represent our sadness, our anger and our solidarity,” said French scientist Francoise Barre-Sinoussi, who co-won the Nobel Prize for helping to discover the virus that causes AIDS.

Australian researcher Sharon Lewin, a leading expert in the search for a cure for HIV, said the tight-knit AIDS community had been deeply shocked by the loss of Lange and his partner, Jacqueline van Tongeren, a prominent grassroots campaigner.

“I… know they would want us all to continue the great work they were both so passionate about — seeing an end to HIV,” said Lewin, who is co-chairing the conference with Barre-Sinoussi.

Hundreds of delegates tied tiny red ribbons — the symbol of the fight against AIDS — to panels of remembrance or signed books of condolence. A candlelit vigil is to be held in the city’s Federation Square on Tuesday night.

Around 12,000 researchers, policymakers, workers and activists are expected to attend the event, which is held every two years.

Hundreds of seminars and workshops are lined up, reflecting the way that AIDS began as a minor medical curiosity 33 years ago before exploding into an issue that has gone way beyond medicine to enter the arenas of sexual taboo, discrimination, law and open governance.

Major health issues this year will be the latest news on the search for a cure and on a campaign in Africa to encourage male circumcision to protect men from HIV, the virus that causes AIDS.

There is also a groundswell of anger at laws against gays in Africa and a crackdown on intravenous drug users in Russia that experts say are helping HIV to thrive by driving it underground.

Delegates are being urged to sign a document, the Melbourne Declaration, to demand tolerance.

“We will not stand idly by when governments, in violation of all human rights principles, are enforcing monstrous laws that only marginalise populations that are already the most vulnerable in society,” said Barre-Sinoussi.

Since 1981, around 78 million people have been infected by the human immunodeficiency virus (HIV), which destroys immune cells and leaves the body exposed to TB, pneumonia and other opportunistic diseases.

Thirty-nine million have died, according to UN estimates. Historians generally put fatalities from World War 1, military and civilian, at between 15 and 17 million.

In 2013, around 35 million people around the world had HIV, 1.5 million died of an AIDS-related disease, and around 2.1 million became newly infected.

The good news, though, is that millions of lives are being saved by antiretroviral drugs, which started to become available in the mid-1990s. The drugs suppress the virus, but do not eradicate it.

“We have done more in the last three years than we have done in the previous 25,” said Michel Sidibe, executive director of the UN agency UNAIDS.

But, he warned, far more needs to be done.

At least 28 million people are medically eligible for the drugs. UNAIDS says spending, currently at around $19 billion (14 billion euros) annually, needs to be ramped up to at least $22 billion next year.

“No one must be left behind,” said Sidibe.