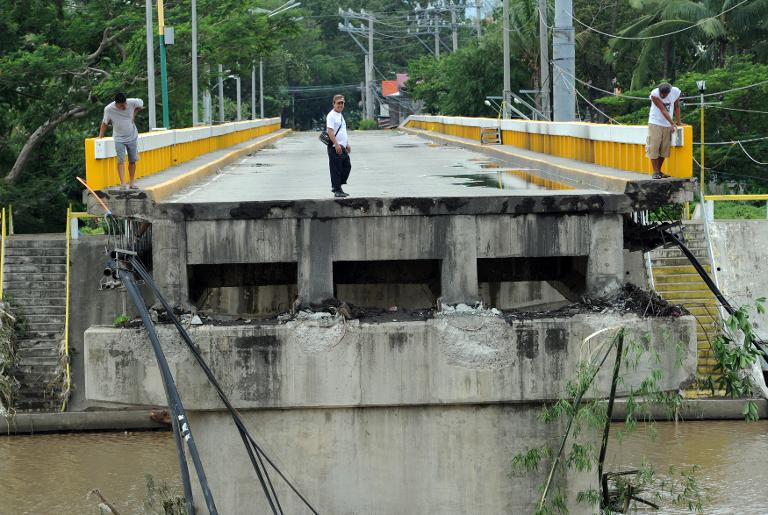 The death toll from Typhoon Rammasun in the Philippines rose to 94 — with six missing — as another storm brought rains to the ravaged areas, authorities said Sunday.

The reports of fatalities came in as repairmen struggled to restore electricity to hundreds of thousands of households who have been without power since the storm hit last week.

“The majority of the fatalities are from falling debris and trees while many of the missing are from boats that went out to sea,” despite the storm, said Mina Marasigan, spokeswoman of the National Disaster Risk Reduction and Management Council.

The typhoon has since blown to southern China but a new storm, named Matmo, was packing gusts of 150 kilometres (93 miles) and worsening rainfall in places affected by Rammasun, she told AFP.

Manila Electric Co, the country’s largest power distributor, said more than 400,000 homes in the Manila area were still experiencing outages since the first typhoon of the year hit on Wednesday.

The Philippines is struck by about 20 major storms annually, many of them deadly. The Southeast Asian archipelago is often the first major landmass to be struck after storm build above the warm Pacific Ocean waters.

In November Super Typhoon Haiyan unleashed giant seven-metre (23-foot) high storm surges that devastated the coasts of the eastern islands of Samar and Leyte, killing up to 7,300 people in one of the nation’s worst ever natural disasters.

There were no immediate reports of damage from Typhoon Matmo which is expected to pass over the northern end of the main Philippine island of Luzon about Tuesday, the government weather station said.