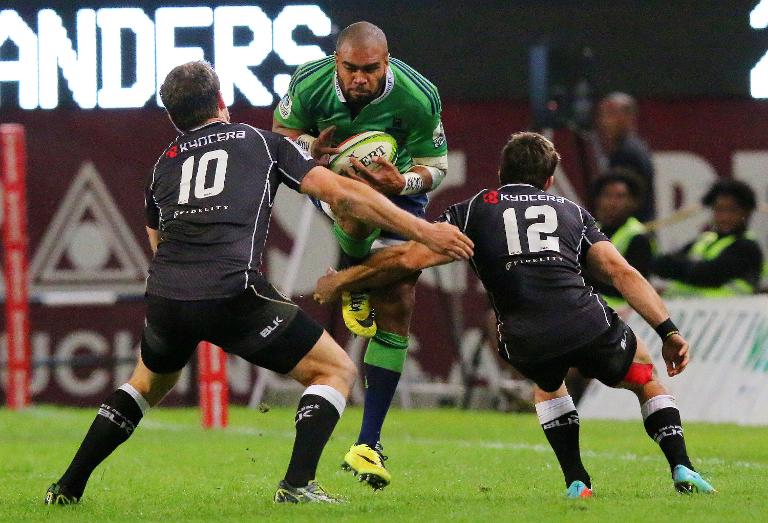 Francois Steyn kicked two late penalties to give the Coastal Sharks a 31-27 victory over the Otago Highlanders Saturday after a thrilling Super 15 play-off in Durban.

The first of his kicks on 74 minutes at Kings Park nudged the home team into a one-point lead and he scored again in the final minute to clinch victory.

Each team scored three tries in a seesaw struggle with the New Zealanders coming from 10 points behind to lead the South Africans 17-13 at half-time.

Sharks snatched two tries within four second-half minutes to gain a five-point advantage only to fall behind again before Steyn came to the rescue.

Fly-half Lima Sopoaga did not miss a shot at goal, converting the three tries and also potting two penalties for the New Zealand south island outfit.

Sharks now head for the south island to face record seven-time champions Canterbury Crusaders in Christchurch next Saturday in the semi-finals.

The other semi-final on the same day will be an all-Australia affair between the New South Wales Waratahs and the ACT Brumbies in Sydney.

Du Plessis called the Highlanders as “amazing team” after the Sharks avenged a 34-18 league defeat by the New Zealanders in Durban this season.

“Highlanders ran rings around us at times — they are an amazing side when they have the ball in hand.

“We certainly need to work on our defence before facing the Crusaders,” he warned.

The Springbok also praised his fellow forwards for their set piece endeavours.

“Our plan was to create a set-piece match and we did well in the scrums and line-outs thanks to an eight-man effort.”

Highlanders full-back and co-captain Ben Smith was proud of his side although the loss ended dreams of a first Super 15 title.

“We showed character to put up such a good show after a few poor performances lately.

“The ball was moved about well and we did justice to our abilities,” he said.

Steyn slotted an early penalty and converted a push-over try from Coetzee off a driving maul to give the Sharks a 10-0 lead.

Sopoaga and Steyn then exchanged penalties before two converted tries from the visitors silenced a crowd dominated by Sharks supporters.

Fekitoa cut through the middle and outpaced the cover defence to score before brilliant handling from inside their ’22’ culminated in Hames going over.

Sopoaga added an early second half penalty, then the Sharks stormed back with Du Plessis and Chavhanga scoring tries, one of which Steyn converted.

A 25-20 lead for the home team lasted seven minutes until a superb pass from left-wing Patrick Osborne when tackled allowed Burleigh to dot down and Sopoaga converted.

Highlanders clung to a two-point advantage for 11 minutes before 2007 World Cup winner Steyn turned match-winner with his penalties.