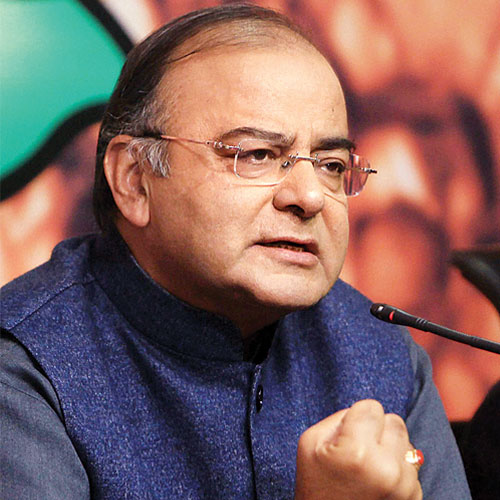 New Delhi: Pressing ahead with its policy to promote domestic military industry, the government on Saturday cleared procurement proposals worth over Rs 21,000 crore and also okayed a project for the production of transport aircraft which is open only to Indian private sector companies.Â Among the major proposals to receive approval is a Rs 9,000 crore tender to provide five fleet support ships for the Navy, for which the Request for Proposal (RFP) would be issued to all public and private sector shipyards, Defence Ministry officials said.

The majority of the proposals cleared would involve only Indian public and private sector firms and are aimed at increasing the indigenisation of military hardware, they added.Â Chairing his first meeting of the Defence Acquisition Council (DAC), Defence Minister Arun Jaitley said, “There are many proposals in the pipeline for the defence forces and, today, we have tried to expedite quite a few of them.”Â

Thus, a proposal for supply of 32 HAL-built Advanced Light Helicopter, ‘Dhruv’, to the Coast Guard and the Navy at a cost of Rs 7,000 crore was also okayed, officials said.Â Under the proposal, state-owned Hindustan Aeronautics Ltd will supply 16 helicopters each to the Coast Guard and the Navy and also provide maintenance for the machines to ensure the “highest level of operational maintenance and efficiency”.Â

DAC also cleared an IAF proposal for issuance of a tender for construction of 56 transport aircraft by private industry players to replace the force’s fleet of Avro aircraft, they said.Â “This is going to be a significant project in which the private sector would be the sole player and lead to capacity- building in the private sector,” Jaitley said in reference to the tender for replacing the Avro aircraft.Â

As per the proposal, private Indian defence companies such as Tata and Mahindra would be issued tender and they would build the aircraft in partnership with foreign firms.Â

The proposal was stuck under the previous UPA government after the then Heavy Industries Minister Praful Patel wrote to the Defence Ministry against the decision to keep out public sector firms from the project.Â

Defence Ministry had referred the matter to the Law Ministry, which opined in favour of the proposal for capacity- building in the domestic aerospace sector, Ministry officials said, adding that the tender would be issued soon.Â Under the project, which was cleared earlier and is expected to cost over Rs 20,000 crore, the first 16 aircraft would be built at the facilities of the foreign vendor while the remaining 40 aircraft would be manufactured in India.Â

This would be the first time that the private sector would be allowed to manufacture a complete aircraft without participation of the public sector HAL, the only aerospace firm in the country.Â The meeting also cleared the procurement of five Fast Patrol Vessels (FPV) and Offshore Patrol Vessels (OPV) each for the Coast Guard at the cost of Rs 2,360 crore.Â

The FPVs and OPVs would be built by the state-owned GRSE and Goa Shipyards Ltd, respectively, Ministry officials said.Â A proposal to procure Search and Rescue (SAR) equipment for the three services at a cost of Rs 900 crore, too, received the green light.Â

The last meeting of the DAC was held on February 24 under the then Defence Minister A K Antony.Â The NDA government under Prime Minister Narendra Modi is stressing on indigenisation of the military industry given that India has to import 70% of its defence hardware.Â

In its first few days in office, the Modi government has hiked the FDI limit in defence to 49% from the earlier 26% and significantly pruned the list of defence items whose production requires manufacturing licenses.