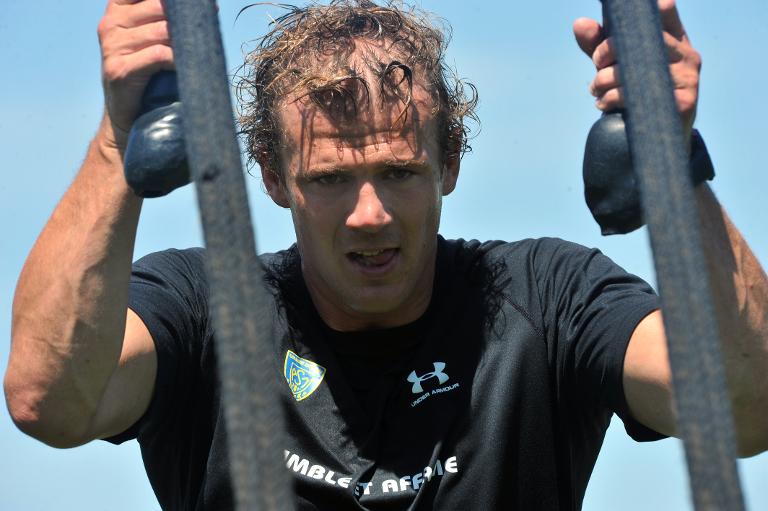 A dozen armed men attacked French rugby union internationals Aurelien Rougerie, Julien Pierre and Benjamin Kayser with machetes as they walked back to their hotel at night, their club said Sunday.

Pierre, who with Rougerie was in the French team that lost the 2011 Rugby World Cup final, was to undergo surgery on “deep cuts” to his hip, the ASM Clermont club said.

All three were rushed to hospital after the attack in the southern town of Millau, but none of their injuries were life-threatening, the club said.

“As they walked back to their hotel overnight Saturday, a group of players was assaulted by a dozen people carrying weapons including machetes, sabres,” the club said.

The players were briefly staying in Millau on their way to a training camp.

Police said the incident took place at around 3:00am after the players went to a nightclub, where they may have rowed with other revellers.

Jean-Marc Lhermet, ASM Clermont’s sporting director, told AFP the attack was “as unexpected as it was brutal.”

“No one was expecting that. The evening had gone really well,” he said, adding that Kayser and Rougerie were due to leave hospital on Sunday evening after sustaining injuries on their arms.

Noone was immediately detained. The club — one of the best in France — denounced an “extremely violent” incident.

“The entire club is deeply shocked and outraged by these acts and will bring all the necessary support to local authorities who have launched a probe,” it said.