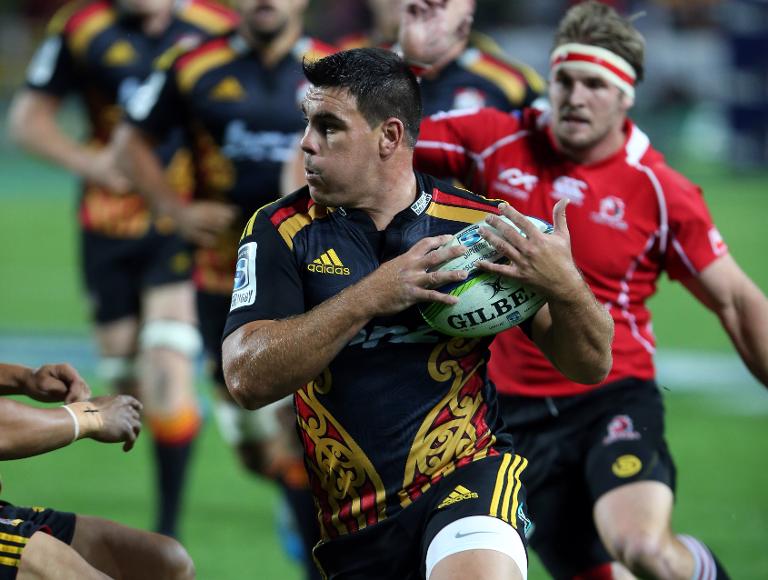 The ACT Brumbies and Coastal Sharks survived epic elimination games this weekend to join the New South Wales Waratahs and the Canterbury Crusaders in the last four of the southern hemisphere provincial rugby showpiece.

Twice winners ACT Brumbies held out the fast-finishing Waikato Chiefs 32-30 to end the New Zealanders’ hopes of a third straight Super Rugby title, while the Sharks prevailed over the Otago Highlanders 31-27 in Durban.

The Brumbies won through to an Australian derby showdown with the Waratahs in Sydney next weekend, while the seven-time champion Crusaders host the Sharks, who are chasing their first Super Rugby title.

The Canberra-based side will be trying to turn around a comprehensive 39-8 thumping by the all-conquering Waratahs in Sydney last month to keep their championship dreams alive, but they showed some great attacking flair in their victory over the Chiefs.

Jake White’s Sharks will be out to repeat their history-making 30-25 victory over the Crusaders in Christchurch in May when they make the long trip to New Zealand for their make-or-break semi-final.

The Brumbies ended the Chiefs two-year domination of Super Rugby with a thrilling play-off win in Canberra on Saturday.

Stephen Larkham’s swashbucklers shot out of the blocks to lead 22-3 after 28 minutes only for the Chiefs to storm back and level the scores at 25-25 with under 30 minutes left.

But the Brumbies hung on with a push-over try to flanker Jarrad Butler on the hour.

All Blacks fly-half Aaron Cruden had the chance to send the game into extra-time but missed a sideline conversion attempt after replacement Gareth Anscombe’s try three minutes from time.

Brumbies skipper Ben Mowen said it was his side’s best performance in the last three years.

“To get that sort of win, against that quality of opposition, with the ups and downs of the game — it was outstanding,” he said.

“We knew it was going to have to be a full 80-minute performance, you just cannot knock a side like that over easily.

“We’re very proud of that effort and you’ve got to give the Chiefs a lot credit on what they’ve done over the last three years. It’s been an outstanding effort to be there.”

“We’ve been working hard on our skills not only over the last few weeks but probably over the last couple of months, getting good transfer into the game and it’s exciting to play. If we keep getting results like that you have to keep backing it.”

It was just as tense in Durban in the other play-off game with Springbok Francois Steyn kicking two late penalties to get the Sharks home by four points.

The first of his kicks on 74 minutes nudged the home team into a one-point lead and he raised the flags again in the final minute to clinch victory.

Each team scored three tries in a seesaw struggle with the New Zealanders coming from 10 points behind to lead the South Africans 17-13 at half-time.

Sharks snatched two tries within four second-half minutes to gain a five-point advantage only to fall behind again before Steyn came to the rescue.

The Highlanders clung to a two-point advantage for 11 minutes before 2007 World Cup winner Steyn turned match-winner with his penalties.

Skipper Bismarck du Plessis called the Highlanders an “amazing team” after the Sharks avenged a 34-18 league defeat by the New Zealanders in Durban this season.

“The Highlanders ran rings around us at times — they are an amazing side when they have the ball in hand,” he said.

“We certainly need to work on our defence before facing the Crusaders.”