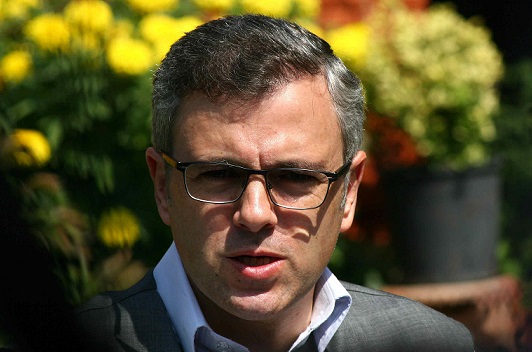 Jammu: J&K Chief Minister Omar Abdullah announced on Sunday that it was his National Conferenceâ€™s decision to go into the state polls alone. He tweeted of his conversation with Congress President Sonia Gandhi 10 days ago where he conveyed to her the decision.

Abdullah’s remarks come after the Congress declared that it would “fight the forthcoming election on our own strength”. Just hours earlier, senior Congress leader Ambika Soni had, in a formal announcement of an end to the five-year partnership, said, “We will put up candidates or support candidates whom we want to support, independent or anybody in all the 87 seats.”

Ties between the two parties soured following the alliance’s shocking rout in the Lok Sabha elections in May – the Congress lost all the three seats it fought in tie-up with the National Conference.

Abdullah tweeted, “I met Gandhi 10 days ago (and) thanked her for all her support. I conveyed NC’s decision to fight the (coming) elections alone (sic),â€ adding, “I explained the reasons but also told her I wouldn’t be making a public announcement because I didn’t want it to look opportunistic (sic).” He also said, “For it to be spun now as a Cong decision is wrong & a complete distortion of the facts, not surprising but incorrect none the less (sic).”