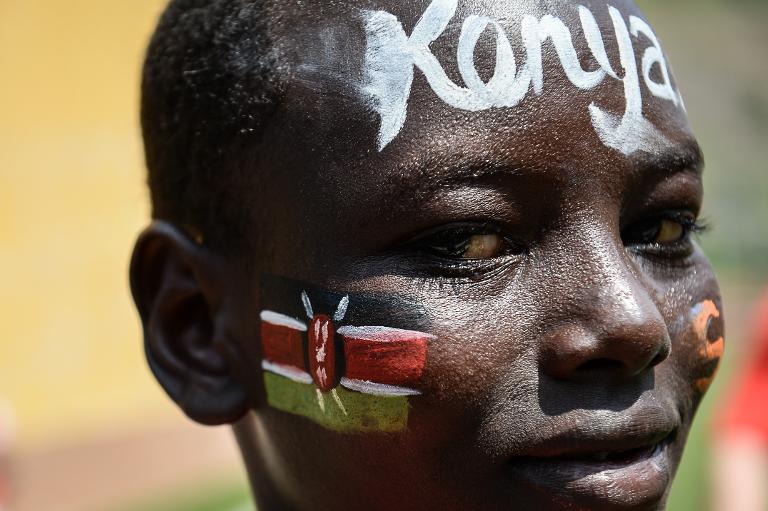 Watching World Cup matches in Brazil has convinced the football stars of Kenya they can qualify for the 2015 Africa Cup of Nations (CAN) in Morocco.

A country famous for their athletes has not featured at the continental football showpiece since making a first-round exit 10 years ago.

But ‘Harambee Stars’ goalkeeper Jeremy Onyango believes that is about to change as they prepare for a third-round eliminator in Lesotho this weekend.

Onyango was among 16 players and four coaches who travelled to Brazil thanks to the generosity of President Uhuru Kenyatta.

The head of state told the national team he would bankroll a visit to the World Cup after they won the regional CECAFA Challenge Cup last December.

Onyango told Kenyan reporters the trip was an eye-opener for him and his teammates.

“Seeing is believing. We watched the stars from the stands and realised they do not possess extraordinary skills that we lack.

“We only need to believe in ourselves and we will do well in the Africa Cup of Nations qualifiers,” stressed the shot-stopper.

Should Kenya eliminate Lesotho in a two-leg tie, they would join 2013 Africa Cup runners-up Burkina Faso, Angola and Gabon in a mini-league.

The six-match group phase kicks off in September, lasts three months, and the top two finishers are guaranteed places at the tournament.

Kenya hardly justified the optimism of Onyango this week when held 0-0 by Burundi in a Nairobi warm-up that turned nasty during the second half.

Harambee Stars midfielder Victor Wanyama from English Premier League club Southampton was sent off for hacking down an opponent.

Lesotho had to substitute midfielders Ralekoti Mokhahlane and Motlalepula Mofolo and striker Thapelo Tale during a bruising 2-0 warm-up loss away to Botswana.

But coach Seephephe Matete is hopeful the injured trio will recover as his ‘Crocodiles’ try to build on a surprise 2-0 home win over Liberia in the previous round.

He was unconcerned about the Botswana result: “It is a timely wake-up call to my players, who tend to relax when results are going well for them.”

It is 36 years since Uganda last played in the Cup of Nations finals and 34 years since Tanzania made their solitary appearance.

Both enjoy home advantage as they try to edge closer to ending embarrassingly-long absences from the biennial tournament.

Uganda were scheduled to play Equatorial Guinea, but the central Africans were disqualified for fielding ineligible Cameroon-born Thierry Fidjeu.

Mauritania, beaten 3-1 on aggregate by the Equatoguineans, were restored to the competition and visit a Ugandan side battling to score.

The ‘Cranes’ managed just one against the Seychelles and played a goalless draw with Malawi this week in a warm-up that concerned coach Milutin Sredojevic.

“An inability to score is a chronic problem in Uganda,” admitted the Serb. “We must attack from the right, the centre and the left to try and score goals.”

The Lubumbashi club are in Tunisia preparing for the resumption of the CAF Champions League next weekend.

Midfielder Arnaud Mendy from English fifth-tier club Lincoln City is in the Guinea-Bissau squad for an away game against Botswana.

Malawi have axed full-back and captain Moses Chavula and must do without injured midfielder Robert Ng’ambi when they meet Benin in Cotonou.