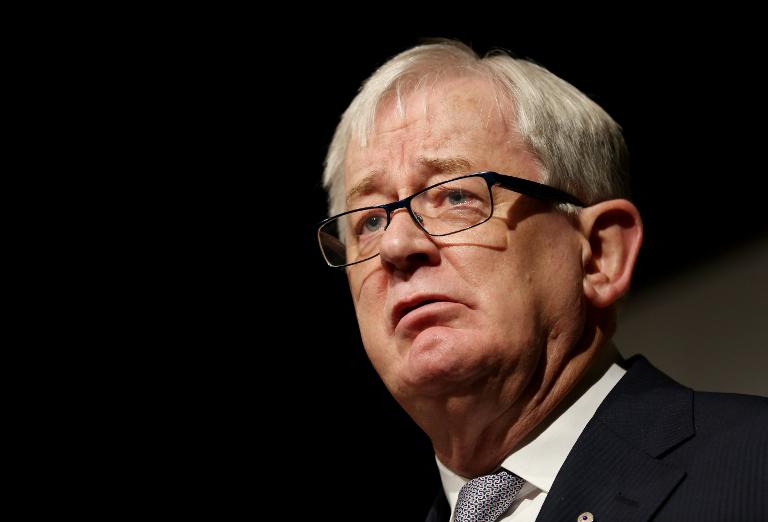 G20 trade ministers reaffirmed Saturday their commitment to free trade as a central driver of growth and to streamline the flow of goods through borders.

The ministers met in Sydney for the latest round of talks among the world’s leading economies, with Australia’s Trade Minister Andrew Robb saying all nations were still committed to the Bali agreement struck in December.

Robb said while some G20 members raised concerns about the deal, which streamlines the global flow of goods, “every country there at the meeting did reaffirm their commitment to all nine (elements of the Bali agreement) being completed”.

The Bali agreement by the World Trade Organisation’s 160 members saw them commit to lowering global trade barriers, with the intention of making it easier for developing countries to trade with the developed world in global markets.

“We focused a lot on free trade being one of the leverages that we can use to boost growth in France … investment and trade … are definitely the main aspects of our growth agenda,” Pellerin told AFP.

The crash of Malaysia Airlines Flight MH17 on Thursday had threatened to overshadow the summit, with both Australian Prime Minister Tony Abbott and Robb meeting the Russian trade representative on the sidelines of the talks.

Russia’s role in the incident has come under scrutiny amid its possible links to the separatists controlling territory in eastern Ukraine where the aircraft had come down in.

“We made requests for Russia to give its unequivocal commitment to facilitate these sorts of immediate objectives” of safe access to the crash site and a binding United Nations’ Security Council for an independent investigation, Robb said.

Earlier Saturday, Robb warned that Canberra may consider trade sanctions against Moscow as a result of the crash, which killed 298 people, including 28 Australians, subject to how it “responds, cooperates and is proactive in seeking answers”.

Australia, along with several other countries, already has imposed sanctions and travel bans on some Russians and Ukrainians.

Senior ministers have refused on comment on whether Russian leader Vladimir Putin would be invited to the G20 leaders’ summit in Brisbane, Queensland’s capital, in November.

Australian Prime Minister Tony Abbott said: “Let’s wait and see what will happen, but I can give you this assurance — Australia is a self-respecting country.

“Visitors to this country are people who have done the right thing by this country and lets hope that’s exactly what we would find in the weeks and months ahead.”

A small protest in Sydney near the talks called for Putin to be blocked from the leaders’ summit, with organiser Pete Shmigel from the Australian Federation of Ukrainian Organisations calling it a “defining moment” for the international community.

Despite the talk of trade sanctions, Robb said the G20 ministers focused on their goal to boost economic growth by an additional 2.0 percent over the next five years — an agreement the countries’ finance ministers signed up to at a meeting in February.

He added that while some countries had put forward ambitious growth agendas during the talks, “there was still quite a lot of room for many countries to take more domestic-related initiatives” to boost their GDP.

Abbott has said said he wants G20 nations to push harder on their growth plans.

Business leaders at a B20 summit this week made a series of recommendations on structural reforms and free trade that could boost global growth by US$3.4 trillion and create millions of jobs.

They included a call for the free flow of goods, services, labour and capital, an effective and transparent regulatory framework, as well as structural reforms that would boost trade and lift infrastructure investment.