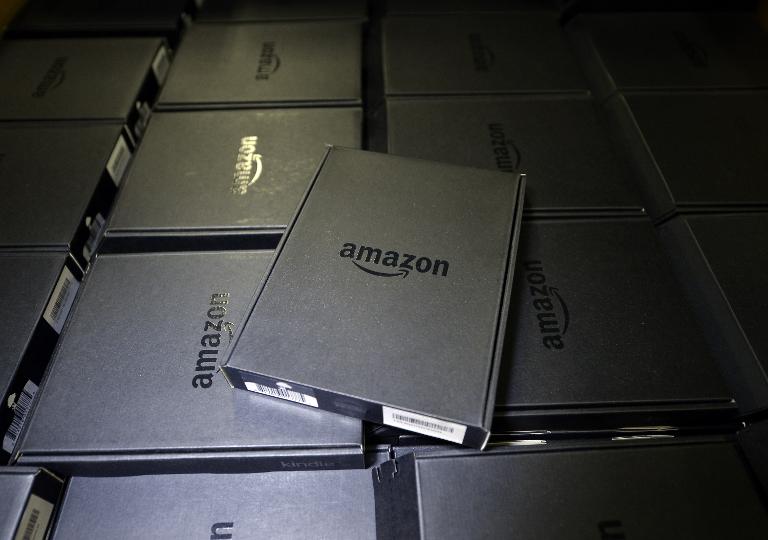 US online giant Amazon unveiled a Netflix-style subscription plan for unlimited access to e-books, a move which could shake up the world of publishing.

The $9.99 per month Kindle Unlimited program offers access to some 600,000 titles in the Amazon Kindle format.

Subscribers will be able to access the books on Amazon’s Kindle tablets, as well as other devices with a Kindle app, including iPads and iPhones, Windows devices and Android-powered mobile gadgets.

Amazon is using a model made popular by Netflix for films and television programs, but also by services such as Spotify for music.

Colin Gillis at BGC Partners said the move to subscriptions is part of a trend toward “a ‘rent, not own’ society. We see it with music, with movies. It makes sense that they would do that with books.”

Gillis said the move was “a logical extension” for Amazon but would not produce “meaningful” revenues anytime soon.

James McQuivey, an analyst at Forrester Research, said most new or best-selling books would not be offered because Amazon does not have the rights to include them in subscription packages.

Amazon will initially have many self-published books and titles from small and independent publishers but could use its market power to force the hand of major publishers, he said.

“Amazon sees this. And they could wait for publishers to come in or they can try to make it happen and control it.”

Publishers meanwhile are resisting the subscription model because it effectively cuts the price of books and royalties paid.

“If you’re a publisher and a big one, you don’t want the world to think the new Dean Koontz novel is free,” McQuivey said. “You’re already mad that Amazon discounts it. The big publishers don’t want the price pressures.”

Despite this, Amazon knows that some of its readers will be receptive to this model, said McQuivey.

“Amazon knows its customers,” the analyst said. “They know if you read a mystery every week, they know whether they are in a position to make you an offer you can’t refuse.”

He noted that this could be a great offer for a segment of Amazon customers but not others.

“If you’re a one book a month reader and a best seller person, this isn’t going to work for you,” McQuivey said.

Roger Kay, analyst at Endpoint Technologies Associates, said the new Amazon system has the potential to change the economic model for publishers and authors, because the price of $9.99 is roughly the cost of a single e-book.

“And then I begin to wonder what happens to the authors. They get paid usually with a percentage of the sales. So this further destroys the economic model that has been feeding the authors.”

The Kindle Unlimited service will also include audio books available through the Audible service.

The service is being launched for US customers, with other countries likely to follow.