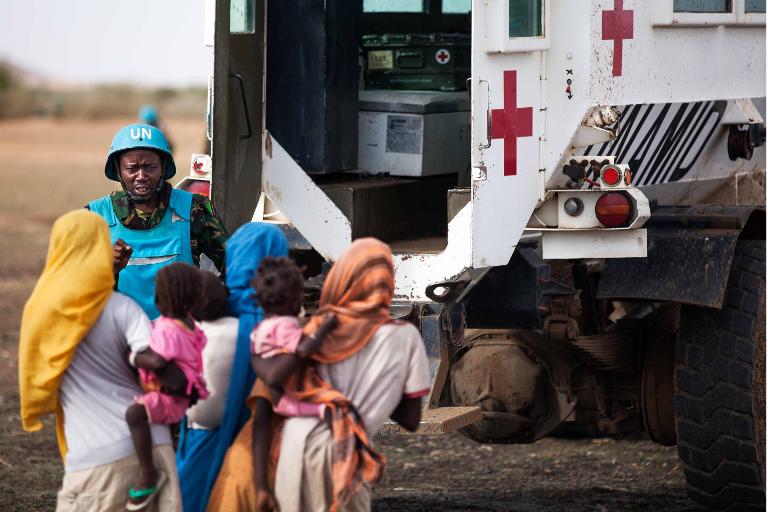 Three Sudanese employees of international aid agencies were released on Saturday in the troubled Darfur region after 32 days in captivity, peacekeepers said.

“They appear to be unharmed and in good condition,” the African Union-UN Mission in Darfur (UNAMID) said in a statement.

GOAL had confirmed on June 20 that two of its employees were “abducted by an unknown group” while driving on a routine assignment near Kutum town.

It said a third Sudanese was also taken, but did not identify him as working for UNICEF.

UNAMID did not say who kidnapped the trio, but the mission’s chief, Mohamed Ibn Chambas, “expressed the mission’s gratitude to the government of Sudan, Sudan’s National Intelligence and Security Service and the wali (governor) of North Darfur for their valuable assistance in the safe release of the humanitarian workers.”

The three were among 25 aid workers taken by “armed men” in Kutum on June 18. All of the others had been released earlier, UNAMID said.

Insurgents from non-Arab ethnic minority groups in Darfur rose up 11 years ago against what they said was the domination of Sudan’s power and wealth by Arab elites.

In response, the government turned to “Janjaweed” militia recruited from Arab tribes, who have since been incorporated into official paramilitary units.

Officials acknowledge “they are increasingly losing control over paramilitaries, who have been the main source of insecurity in Darfur for two years”, the International Crisis Group of analysts said in a January report.

Militias in search of resources have turned on each other, and sometimes against the government, while violent crime has increased.

In the latest case, a staffer from the International Organisation for Migration was abducted in South Darfur on July 6.