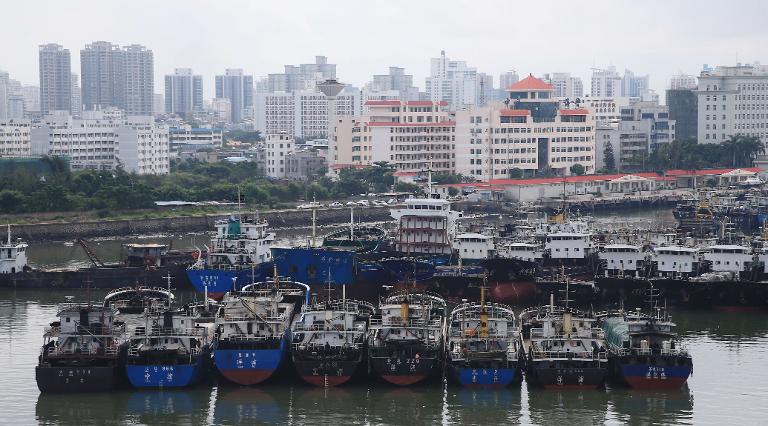 The strongest typhoon to hit southern China in more than 40 years made landfall Friday, authorities said, after leaving a trail of destruction and at least 54 dead in the neighbouring Philippines.

It was expected to bring torrential rains and was the strongest storm to strike the country’s southern regions since 1973, the NMC said.

It claimed its first victim in China soon after coming ashore in Wenchang, the official Xinhua news agency reported, when a man was killed by debris as his house collapsed.

State-run China Central Television in news bulletins showed images of wind-whipped trees in Hainan and high waves churned up by the typhoon.

“Strong Typhoon Rammasun is too frightening,” wrote one poster on Chinese social media, adding it “came ashore with fierce winds”

The outer bands of the storm lashed Hong Kong overnight with heavy rain and strong winds, but the city was spared a direct hit as the typhoon tracked west towards Hainan.

Late on Thursday, the NMC had issued its highest “red alert” for the storm, the first such declaration this year, according to Xinhua.

More than 70,000 residents in the areas close to where the typhoon was expected to make land had been evacuated, Xinhua said, citing Hainan disaster authorities.

Tourism authorities on Hainan ordered all resorts to shut down and tour bus operators to cease operations from Friday afternoon, Xinhua said.

Earlier, Rammasun — a Thai word for “Thunder God” — hit the Philippines, slamming the capital Manila and killing at least 54 people, with 100 others injured and three still missing, according to the country’s National Disaster Risk Reduction and Management Council.

The typhoon made landfall on the main island of Luzon on Tuesday, where it destroyed or damaged more than 26,000 homes while cutting electricity supplies to nearly all of Manila and surrounding urban areas.

The regional utility, Manila Electric Co., said about 11.5 percent of the capital, a megacity of more than 12 million people, remained without power Friday but it promised to restore supplies to the entire city later in the day.

The Philippines is often the first major landmass to be struck after storms build above the warm waters of the Pacific Ocean.

Rammasun was the first typhoon to make landfall in the Philippines since this year’s rainy season began in June, and the first major storm since Super Typhoon Haiyan devastated the eastern islands of Samar and Leyte last November.

Haiyan killed up to 7,300 people in one of the Philippines’ worst natural disasters.

In China, the typhoon comes after dozens of people died in the past week when heavy rain battered swathes of the country, with at least six killed by lightning, thousands of homes destroyed and more than 300,000 evacuated, state media have reported.

The rains have killed 10 people and left another 10 missing in the southwestern province of Guizhou, where 122,400 people were evacuated, Xinhua said, citing local authorities.