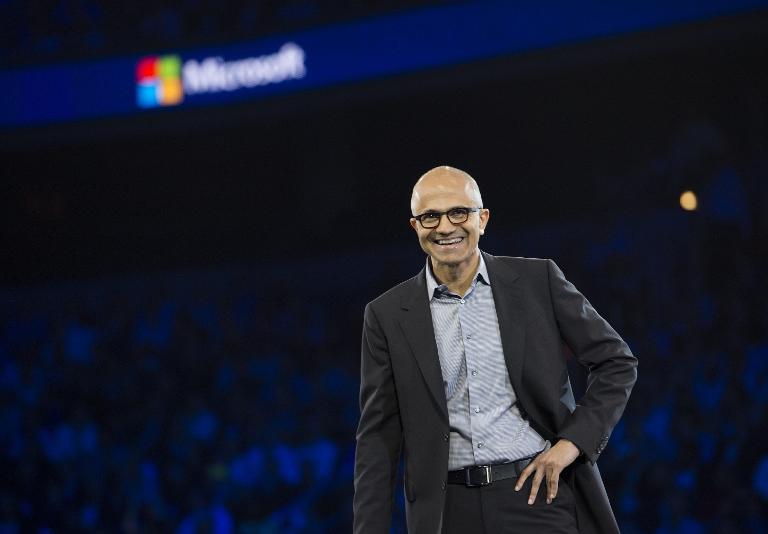 Microsoft announced its biggest job cuts ever Thursday as new chief executive Satya Nadella called for a new focus at the US tech giant while integrating the Nokia phone division.

The company said it would slash 18,000 jobs from its global workforce over the next year, the majority from the Nokia handset unit acquired this year.

The cuts represent about 14 percent of Microsoft’s global payroll of some 127,000. The company will take a charge of between $1.1 billion and $1.6 billion for costs related to the layoffs.

Of the total, some 12,500 professional and factory positions from Nokia “will be eliminated through synergies and strategic alignment,” Microsoft said.

Nadella said in an email to employees that the “difficult but necessary” cuts are part of a plan to bring a new direction to the tech titan based in Washington state.

“The first step to building the right organization for our ambitions is to realign our workforce,” he said.

“It’s important to note that while we are eliminating roles in some areas, we are adding roles in certain other strategic areas.”

Nadella added that “we are moving now to start reducing the first 13,000 positions, and the vast majority of employees whose jobs will be eliminated will be notified over the next six months.”

Microsoft completed its takeover of Nokia’s phone unit in April in a move that strengthened its position in mobile devices. The cost was around $7.5 billion.

The moves come with Nadella, who became CEO earlier this year, seeking to reinvigorate a company that had been the world’s largest but which has lagged in recent years as Google and Apple have taken leadership of the tech sector.

Nadella said the restructuring “will simplify the way we work to drive greater accountability, become more agile and move faster,” and would mean “fewer layers of management, both top down and sideways.”

The job cuts are far bigger than the last major reboot for Microsoft in 2009, when it eliminated 5,800 jobs.

As part of the shift, Microsoft will make a new push on smartphones, where it has managed to win only a modest market share for its Windows Phone platform.

“We will be particularly focused on making the market for Windows Phone,” said an email to employees from Stephen Elop, the former Nokia chief who now heads the Microsoft Devices unit

“In the near term, we plan to drive Windows Phone volume by targeting the more affordable smartphone segments, which are the fastest growing segments of the market, with Lumia,” he said, referring to the Nokia-branded device.

Elop said that Microsoft will put its Nokia X phones — which use the Google Android platform — on the Windows Phone platform.

“We expect to make this shift immediately while continuing to sell and support existing Nokia X products,” he said.

Analyst Jack Gold at J. Gold Associates said the changes are “the first major salvo in the Nadella era” and appear positive.

“I believe that Nadella gets the fact that Microsoft can’t be Apple — a totally vertically integrated environment, and will refocus on cloud, services and software assets that are growing and profitable,” Gold said in an email.

“This is a similar path that Google took over the past few years as it too tried to be Apple for a while and realized it couldn’t.”

Windows Phone has managed to garner only about three percent of the global smartphone market, compared with around 80 percent for Android.

Elop said Microsoft will aim for “breakthrough products” in the premium smartphone segment while building up the Windows app ecosystem.

Under the new organization, phone engineering efforts will be led mainly from Finland, with reductions in China and the United States.

Phone production will be mostly in Vietnam, with some operations continuing in China, Elop said. Some manufacturing and repair operations will be shifted to Brazil and Mexico amid a “phased exit” from Hungary.

Also being eliminated will be the Xbox Entertainment Studios, which had been established for original programming for the Microsoft home console, according to an internal memo leaked online.

Microsoft shares rallied 1.02 percent to close at $44.53 — a 14-year high — as analysts said the reorganization would help the company better compete with rivals.

“Most investors have anticipated a workforce reduction; however, the magnitude and speed of the reduction should be well received” by investors, said Robert Breza at Sterne Agee.