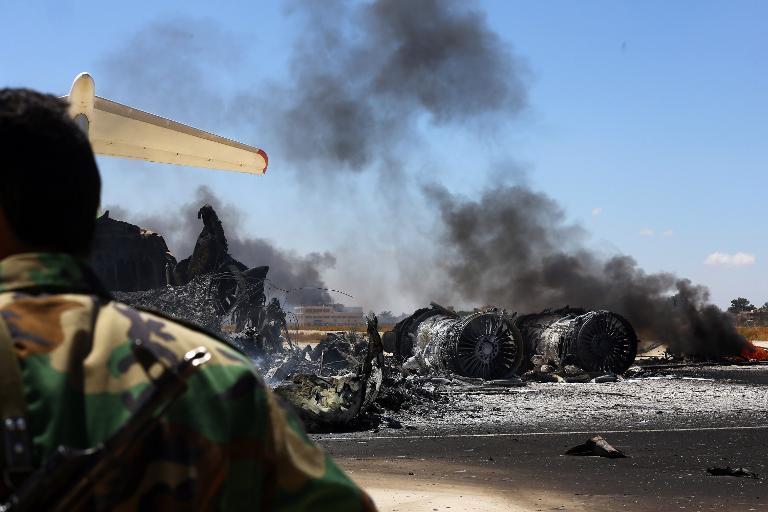 Libya asked the United Nations for help Thursday to build up its security forces, with the foreign minister warning that his country could turn into a “failed state.”

Libyan Foreign Minister Mohamed Abdelaziz asked the UN Security Council to dispatch experts to train the country’s defense and police forces to ensure they can protect oil fields, airports and other vital sites.

“We are not asking for military intervention,” said Abdelaziz. “We are asking for a team from the UN specialized in the field of security.”

Libya has seen a surge of violence, with militias locked in fighting around Tripoli airport, which has been shut down amid growing fears of all-out civil war.

“Should Libya become a failed state, kidnapped by radical groups and warlords, the consequences would be far-reaching and perhaps beyond control,” warned Abdelaziz.

Libya could become a “hub for attracting extremists,” feeding radicalism and the arms flow in the region and further afield in Syria, he warned.

“Don’t you think that such patterns that are indicative of heading toward a failed state would justify a stronger, more strategic engagement from the Security Council?”

In a statement, the 15-member Security Council said it condemned the recent violence in Libya and said it made “it even more difficult for the Libyan authorities to govern effectively.”

The Council will ask UN Secretary-General Ban Ki-Moon to look at the Libyan request for aid and present “options,” said Eugene-Richard Gasana, the Rwandan chair of the Council.

Last week, the United Nations evacuated its staff from Libya after the latest upsurge in fighting.

The blockades of the oil facilities that finally came to an end earlier this month deprived Libya of more than $30 billion in revenue over 11 months, said the foreign minister.

Libya has been witnessing numerous clashes between government forces and rival militia groups that played a key role in the 2011 popular uprising that toppled former dictator Moamer Kadhafi.