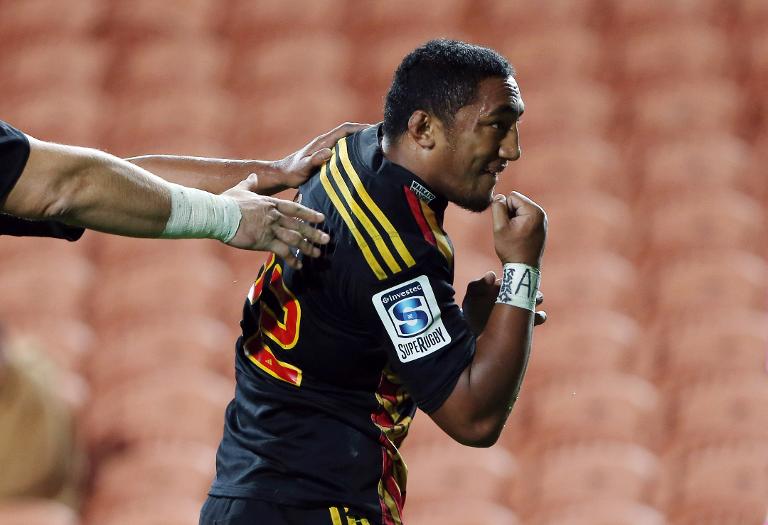 Waikato Chiefs have to reverse a thumping loss the last time they played the ACT Brumbies if they are to keep their Super Rugby title defence alive this weekend.

The back-to-back champions take on the Brumbies in Canberra on Saturday in a rematch of last year’s final while South Africa’s Coastal Sharks have home advantage over New Zealand’s Otago Highlanders in Durban in the opening week of the season play-offs.

The Chiefs were clobbered 41-23 in Canberra in April with the Brumbies outscoring the Kiwis five tries to two but coach Dave Rennie says it will be different this time.

Rennie is looking to the return of Aaron Cruden, Tawera Kerr-Barlow and Tanerau Latimer, who all missed that defeat, to make the Chiefs far more competitive.

The winner is likely to face the NSW Waratahs in a Sydney semi-final the following week.

“This is do-or-die time for us,” Chiefs co-captain Liam Messam said. “We have a lot of belief in our group and now we need to convert that into our performance on the field on Saturday.”

The Chiefs have made one change to their starting line-up from their last game, with Dwayne Sweeney at full-back and Tom Marshall moving to the bench.

The Brumbies looked in great form in their last start with a 47-25 win over the Western Force to clinch their play-off spot with Wallaby back Matt Toomua scoring three of his team’s seven tries.

The Brumbies have made one change to their starting side with winger Robbie Coleman preferred to Joe Tomane.

“The attack has taken a turn for the best, especially last weekend, and it couldn’t have come at a better time,” winger Henry Speight said. “It’s really exciting times.”

But while the Brumbies have looked good in recent weeks, they have a deep respect for the attacking ability of the Chiefs.

“There’s threats all over the park in their backline,” flanker Scott Fardy said. “They know how to win finals, they’ve shown that.”

Captain Bismarck du Plessis says the return of Patrick Lambie will be a massive boost for the Sharks when they take on the Highlanders in the other Super Rugby qualifier on Saturday.

The Durban-based franchise has been without its star fly-half since late March when he suffered a torn bicep.

Lambie was expected to be out for six months, but has made a quicker than expected recovery and is likely to feature in Durban.

Springbok prop Tendai Mtawarira could also return after missing both games since the June international break with a bulging disc.

“We have a rally good squad, and in most positions we have depth,” Du Plessis said.

“We’ll hopefully get Pat and Beast (Mtawarira) back as well, so that also provides a massive lift for the team, and brings a new energy and vibe to the side.”

Coach Jamie Joseph said he was sure the Sharks would be much tougher opposition than when the Highlanders upset them 34-18 in Durban in round eight.

“I think they took us a bit lightly and paid the price. I don’t think they will do that again,” Joseph said.

“They looked almost unbeatable at the start of the season.

“They have had a couple of losses in recent times and, though they beat the Stormers well in Cape Town last week, every team in the competition is beatable if you can lift and play well on the day.”

The Highlanders must overcome the disadvantage of travelling 10,000 kilometres (6,200 miles) from Dunedin on New Zealand’s south island to Durban via Chistchurch, Sydney and Johannesburg.

Saturday’s winner will face the Canterbury Crusaders in Christchurch in the other semi-final next week.