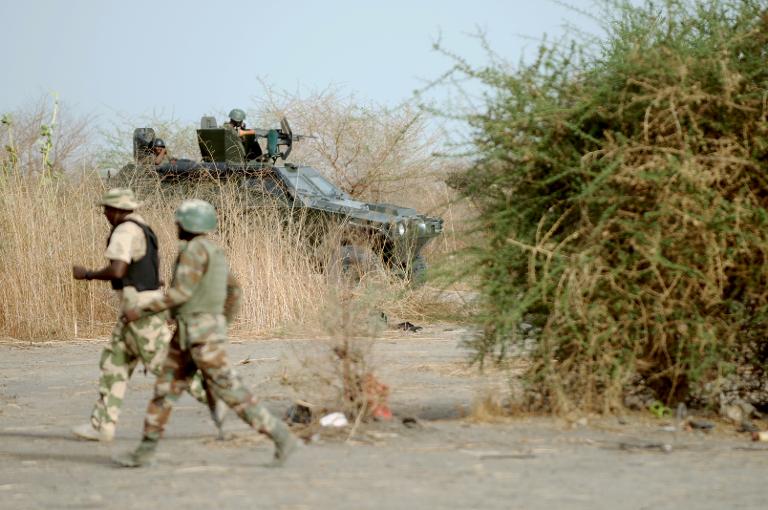 Boko Haram gunmen killed many people in an attack in the restive northeast, throwing explosives into residential homes and shooting dead civilians who tried to surrender, an official and witnesses said Friday.

Residents in the town of Damboa said they were left completely defenceless after the security forces pulled out of the area following a militant attack two weeks ago.

In the latest violence, the extremists struck just before sundown on Thursday, while locals prepared to break the Ramadan fast, and rampaged with no resistance until 5:00 am (0400 GMT), witnesses said.

“They killed many people. Women and children fled into the bush,” said an official with the Damboa local government, who requested anonymity.

“Those who could not flee surrendered and were killed by the insurgents,” he added.

“Most houses in the town have been burnt. Only a few still remain,” said resident Ahmed Buba. “The destruction is massive… This is the worst attack by Boko Haram on Damboa.”

The militants and security forces clashed in Damboa earlier this month.

The military claimed it repelled the raid and even killed scores of insurgents, but locals told AFP that the security forces sustained heavy losses and pulled out of the area.

“We were defenceless because all the security personnel, including soldiers and policemen, have withdrawn,” Buba told AFP.

Those who escaped of the overnight raid fled to the state capital Maiduguri and sought shelter in the palace of the area’s top cleric, Umar Garbai El-Kanemi, also known as the Shehu of Borno.

The survivors “lodged a complaint with the Shehu because there are no security forces in Damboa,” the official said.

The military was not immediately available to comment on the attack in the deeply impoverished region, which often has limited mobile phone coverage.

Damboa resident Buba said the militants burnt the town’s main market, as well as the home of the local government chairman and the area’s top cleric.

“I can’t tell you the number of people killed,” he said. “We have to go through the rubble to see how many people died.”

The loss of life in Nigeria’s northeast has been climbing at a relentless pace through the first half of the year.

Human Rights Watch said this week that there have been 95 attacks already in 2014, killing at least 2,053 civilians. Other groups have given higher figures.

Some observers saw the loan request, which parliament has not yet approved, as an acknowledgement by Jonathan that Boko Haram is outdoing Nigeria’s military — despite boastings from the defence ministry that it had put the insurgents on the defensive.

This week also saw the three-month anniversary of the abduction of 276 schoolgirls from a secondary school in the northeastern town of Chibok, which has sparked international outrage.

Fifty-seven girls have since escaped, but Nigeria appears to have made little progress in rescuing the 219 girls still believed to be held hostage.

With elections set for next year and Boko Haram now targeting major cities like the capital Abuja as well as remote areas, Jonathan is facing mounting pressure to stem the bloodshed.