Home Sports Woods back at British Open but doubts persist 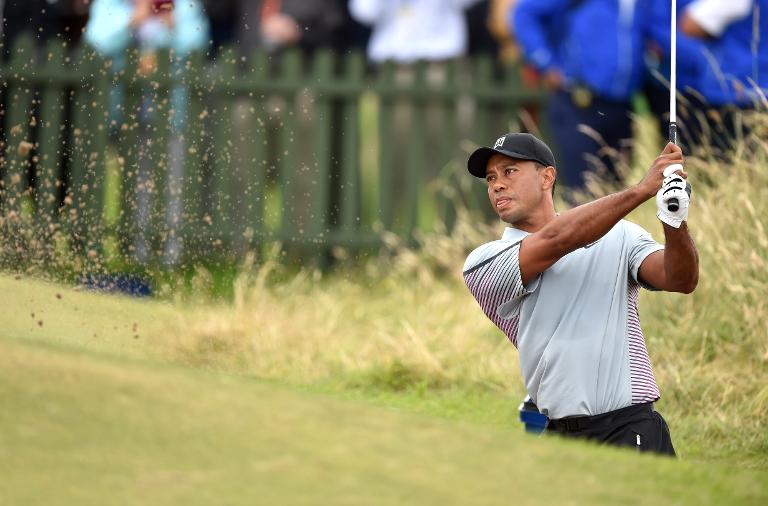 Tiger Woods returns to the scene of one of his greatest triumphs at Hoylake this week, as he attempts, in the 143rd British Open, to resurrect a career blighted by injury.

It was at the Royal Liverpool links course in 2006 that Woods won the 12th of his 14 major titles just weeks after the death of his father Earl.

It was a superbly crafted performance as the American tamed a course made fiery and fast by hot, sunny conditions.

He won by two strokes at 18-under par as he continued relentlessly on his lifelong quest to match the record 18 majors won by Jack Nicklaus.

Woods seemed unstoppable, but then, three years later, it all went pear-shaped as years of swing strain on his leg, arm and back muscles made him pay a painful cost for his success and then his marriage broke up after a shameful, public exposure of his marital infidelities.

Coming back to Hoylake for the first time since 2006, the question marks that surround Woods are as pertinent as ever before.

He has not won a major in six years and he has played only one tournament since having back surgery at the end of March, missing the cut at Congressional outside Washington last month.

But such is his allure and talent that no-one — players or fans — are writing off his chances.

“Well it’s eight years on. My life has certainly changed since then,” said Woods, who arrived at Hoylake earlier than usual on Saturday to begin his preparations for the year’s third major tournament.

“My life is very different than it was then. And then on top of that, this is a different golf course than what we played in ’06.

“It was hot, ball was flying. It was very dusty. Now, we’re making ball marks on the greens, which we weren’t doing then.

“When I played on Saturday it was running, it was fast. But on Sunday — with the rain it just didn’t move. The balls were checking. It played a little bit longer.”

The 38-year-old world number seven insists that he is pain-free for the first time in years and that he has a 15th major title firmly in his sights.

Agreeing with Woods that the par-72 layout on the Wirral peninsula stuck in between Liverpool and the north Wales coastline is a shotmakers delight, Graeme McDowell said that placement rather than length would be the key to success.

“From my point of view, I don’t walk on to this golf course and kind of sigh and say, here we go again, this is 330-yard paradise.

“It’s not that type of golf course. It’s a placement golf course, I think.

“Look at the way Tiger won here in 2006. He can dominate with length, but he didn’t have to. This golf course doesn’t ask that question. It asks you to play a game of chess more than anything.”

McDowell, who won the French Open two weeks ago, is among the favourites as is England’s Justin Rose who won back-to-back tournaments by taking the Scottish Open at Aberdeen last Sunday.

No Englishman has won the British Open on English soil since Tony Jacklin at Royal Lytham in 1969 and Rose, who won the US Open last year, expects big support from the home crowd.

“With playing at home comes a different atmosphere, for sure. You get the crowd sort of behind you and I think they’ll be behind anybody that gets their name on the leaderboard this week, from an English perspective,” he said.

“And there’s great English players that have an opportunity to win. It would be fantastic.”

The sub-plots are numerous and varied.

Phil Mickelson is the defending champion at 44, Adam Scott seeks to bury the agony of two near misses in the last two years and emulate his boyhood hero Greg Norman, the last Australian to win the Open Championship 21 years ago and Rory McIlroy wants to finally come good in the tournament after six frustrating attempts.

Apart from Woods, the American challenge is led by world number four Bubba Watson and number five Matt Kuchar, while second ranked Henrik Stenson is out to become the first Swede to lift the Claret Jug.

US Open winner Martin Kaymer, meanwhile says that Germany’s World Cup triumph in Brazil could be the springboard he needs to pull off a rare Open double.