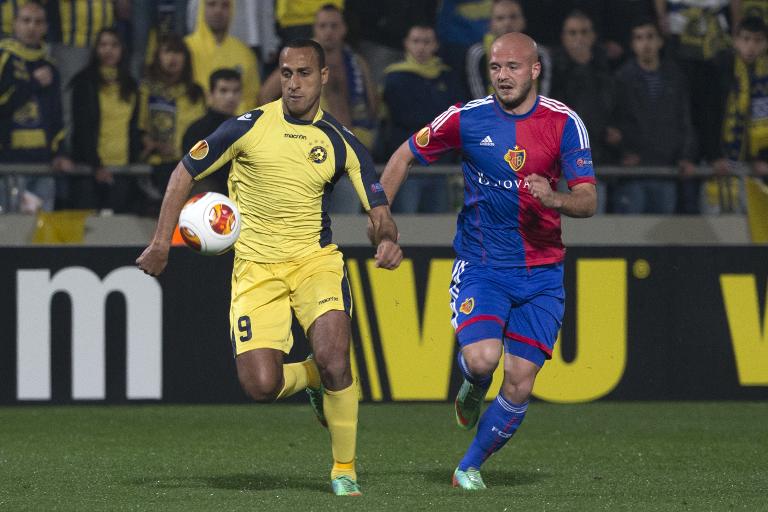 European football’s governing body UEFA announced on Thursday that no Champions League or Europa League matches could be played in Israel until further notice “for security reasons”.

“The UEFA Emergency Panel met on 16 July and decided that, due to the current security situation in Israel, no UEFA competition matches may be played in the country until further notice,” read a statement issued by UEFA.

“Consequently, the Israeli clubs involved in forthcoming fixtures have been requested to propose alternative venues outside of Israel’s territory for their home legs in the 2014/15 UEFA Champions League and UEFA Europa League.”

The decision, announced on the eve of Friday’s third qualifying round draw for both competitions, affects the looming fixtures of a total of four Israeli clubs.

In the Champions League, Maccabi Tel Aviv beat Andorrans Santa Coloma 1-0 away in their first leg, second qualifying round tie on Tuesday.

They were to host Santa Coloma for the July 22 second leg in Israel, when they aim to take their European campaign to the next level.

The fixture has been shifted to Larnaca in Cyprus.

In the Europa League, Hapoel Kiryat Shimona have a direct berth in the third qualifying round, and so will also need to rethink their fixture.

Hapoel Beer Sheva will take on Croatian club Split there, after their away game on Thursday in the Balkan nation.

The stakes will be high for Hapoel Tel Aviv’s game in Larnaca, as they lost 3-0 away to Kazakh club Astana on Thursday.

The UEFA decision came amid the deadliest wave of violence between Israelis and Palestinians since 2012.

Fighting since Israel launched Operation Protective Shield on July 8 to stamp out rocket fire by militants in the Gaza Strip has killed more than 230 Palestinians and wounded at least 1,770, with many of the dead and injured women and children.

One Israeli has died in a rocket attack and several have been seriously wounded.

Israel has carried out more than 1,750 attacks in Gaza, mostly air strikes, the army says, and militants have fired nearly 1,400 rockets, 1,048 of which have hit the Jewish state.

Israel said Thursday it had agreed on a truce with Palestinian militants Hamas to end 10 days of violence in Gaza, although the reported deal was denied by the Islamist movement.

News of a fresh attempt to end the worst bloodshed in the Gaza Strip in five years came during a five-hour humanitarian truce, under which both Israel and Hamas militants had agreed to hold their fire.