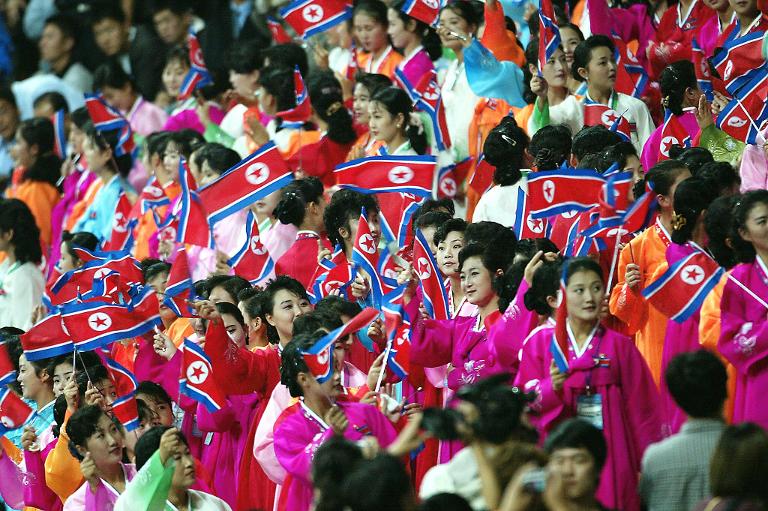 Officials from the two Koreas met for rare talks Thursday to sort out the logistics of Pyongyang sending athletes and cheerleaders to the upcoming Asian Games in the South Korean port city of Incheon.

It was the first meeting between the two sides at the border truce village of Panmunjom for five months and comes at a time of simmering tensions following an unusually extended series of North Korean rocket and missile tests.

The talks also coincide with a joint South Korea-US naval drill off the eastern coast of the Korean peninsula that Pyongyang has condemned as a “reckless” act of provocation.

North Korea has been blowing hot and cold in recent months, mixing its missile tests with peace overtures that Seoul has largely dismissed as insincere.

The North announced in May that it would send about 150 athletes to the Asiad and later that they would be accompanied by a cheering squad.

The Panmunjom meeting is ostensibly aimed at hashing out the practicalities of how the North’s delegation will travel to Incheon and where it will be accommodated.

It will also cover potentially sensitive issues such as the use of flags and cheering slogans, and who will foot the bill for the North Korean team’s expenses.

“For a successful hosting of the Asiad, we will put all our sincere efforts into the talks,” the secretary general of the Incheon Games organising committee Kwon Kyung-Sang told reporters before leaving Seoul.

Because the 1950-53 Korean conflict ended with a ceasefire rather than a peace treaty, the two Koreas technically remain at war.

Official contact is minimal and movement across the heavily-militarised border extremely restricted.

Pyongyang boycotted the 1988 Olympics in Seoul but sent athletes and cheerleaders to the 2002 Asian Games in South Korea’s southern port city of Busan.

The last time sporting officials from the two sides met was in 2007 for talks on forming a joint cheerleading squad for the 2008 Beijing Olympics.

While the North Korean athletes and officials are likely to fly directly from Pyongyang, the cheerleaders are expected to travel in a ship that will remain offshore and serve as a temporary hotel.

Pyongyang has previously sent cheerleading squads — made up almost entirely of young women who perform synchronised dance moves — to three sporting events in the South including the 2002 Asian Games.

They were a huge draw on each occasion, and the squad that came for the 2005 Asian Athletics Championships in Incheon included Ri Sol-Ju, who is now the wife of North Korean leader Kim Jong-Un.