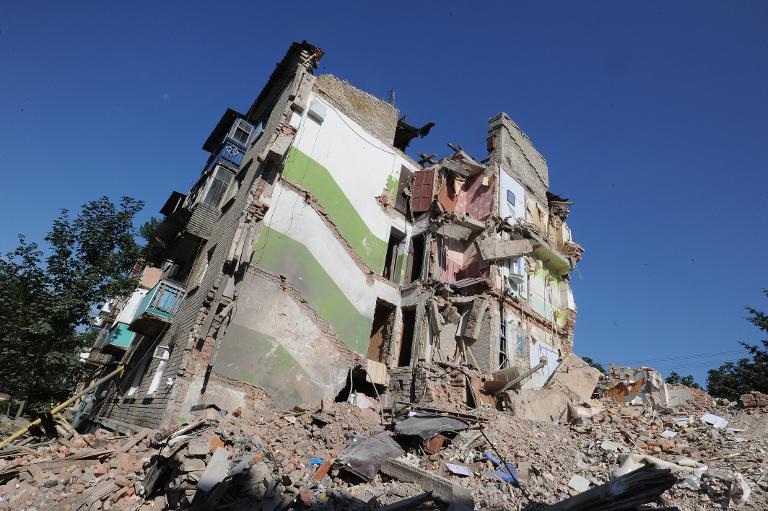 The US and EU bolstered sanctions against Russia over its alleged support of separatists in Ukraine, drawing an angry rebuke on Thursday from Moscow which said the measures amounted to “blackmail”.

President Barack Obama in sanctions imposed Wednesday took his first direct swipes at the Russian economy’s finance, military and energy sectors, further escalating the worst standoff between the Kremlin and the West since the Cold War.

Washington had warned last week that Moscow had to demonstrate a clean break from separatists or face the tougher sanctions.

But Kiev laid new allegations against Russia Thursday, saying a Russian fighter jet on Wednesday shot down a Ukrainian warplane over its territory.

The Russian foreign ministry reacted to sanctions in a furious statement: “We do not intend to tolerate blackmail and reserve the right to take retaliatory measures” against the US.

“Without any doubt in this case (sanctions) are driving Russian-US relations towards a dead-end, (and) are inflicting very serious damage on them,” Putin said while on a visit to Brasilia.

“And I am convinced that this will harm the national long-term interests of the American state, the American people,” Putin told reporters.

US sanctions like the ones imposed “have never put anyone on their knees,” added Prime Minister Dmitry Medvedev, predicting a “rise of anti-American attitudes”.

Moscow gave a milder response to EU sanctions, with the foreign ministry saying it had “submitted to blackmail from the American administration” and should have “its own voice”.

Ukraine hailed the tougher sanctions, with Western-backed President Petro Poroshenko saying he welcomed the EU moves that involve the European Investment Bank and European Bank of Reconstruction and Development halting finance for projects in Russia.

“The European Council has taken an important step to support the sovereignty, territorial integrity and independence of Ukraine,” Poroshenko said on his Facebook page.

Ukrainian Prime Minister Arseniy Yatsenyuk praised the measures from Washington for showing “the unity of the US and EU in their dedication to the values of democracy and promotion of peace and support for Ukraine”.

“Russia will pay for starting a war against Ukraine,” Yatsenyuk said at a government meeting.

Western leaders say the punitive measures are designed to pressure Moscow into forcing the rebels to end their three-month insurgency that has claimed more than 600 lives.

But the immediate pain was felt in Moscow with the two Russian market indices falling by 2.7% and 4.05% Thursday and the ruble plunging against the euro and dollar to 47.1 and 34.8, respectively.

The United States has also targeted major Russian financial institutions, Gazprombank and VEB, as well as eight Russian arms firms to try to punish Moscow for failing to halt the alleged flow of weapons across the border.

On the ground in eastern Ukraine fierce fighting between government forces and pro-Moscow rebels has intensified in recent days with some 55 civilians killed since the weekend alone.

Ukraine’s National Security and Defence Council on Thursday accused a Russian air force plane of downing its jet over Ukrainian territory the day before with a rocket strike.

The fighting even forced a group of more than a dozen Ukrainian border guards to flee into Russia seeking medical help for their injuries, the Russian authorities said.

Germany and France have been spearheading a push to revive talks between Kiev and the rebels over a potential ceasefire deal but attempts by mediators to hold a Skype videoconference with the insurgents fell through Tuesday.

Senior separatist leaders have said they are committed to holding the Internet consultations but gave conflicting information on whether they would take place Thursday or Friday.

Ukrainian forces made a string of major gains after Poroshenko tore up an unsuccessful ceasefire earlier this month, but progress has slowed since rebels retreated into two major regional centres where they have pledged to fight to the end.