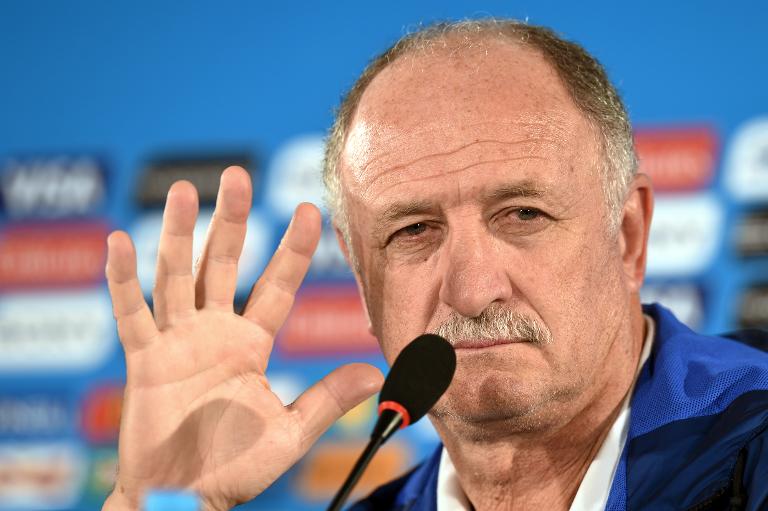 Brazil’s Football Confederation (CBF) face the media music Thursday when the process begins to find a successor to Luiz Felipe Scolari, who quit in the wake of the country’s World Cup flop.

With the likes of Ronaldo, Ronaldinho and Rivaldo in his Mark I side Scolari masterminded a Brazil victory against Germany in Tokyo in 2002.

But his Mark II Selecao, dealt a major blow through injury to star man Neymar, was powerless to stop a German juggernaut flattening it 7-1 in the semi-finals.

Neymar’s vertebrae fracture during the quarter-final win over Colombia took the wind out of the team’s sails and they sank without trace against the Germans.

After losing the third place playoff 3-0 to the Netherlands, Scolari and his staff handed in their resignations and the CBF accepted them Monday.

Now, the CBF need someone who can rebuild the world’s most successful national side.

There are loud calls for a restructuring of the game in Brazil all the way down from President Dilma Rousseff.

As a septuagenarian lawyer, Del Nero is hardly a flag bearer for rejuvenation.

Indeed, former striker-turned-politician Romario complained Wednesday: “Do you think this man is capable of overseeing change? I am sure he isn’t.”

Muricy Ramalho, 58 and four domestic titles to his name, is another experienced domestic candidate.

Ramalho of Sao Paulo has been offered the post before — to replace the sacked Dunga in 2010, but then team Fluminense did not release him.

He went on to lead Santos to the Copa Libertadores in 2011 with Neymar on board.

The CBF is likely to stay its hand on the top job for now, while appointing former player Leonardo, former director of Paris Saint-Germain, to replace Carlos Alberto Parreira as technical coordinator.

There is also a growing school of thought which believes Brazil, despite discomfort at the growing “Europeanization” of the team, ought at least to consider a foreigner, such as Pep Guardiola, a touted option in 2012.

A wildcard is former Dutch star Clarence Seedorf, recently sacked at AC Milan but who prior to that ill-fated stint was an eloquent, Portuguese-speaking figure seeing out his playing days at Rio side Botafogo.

A homegrown option is to promote Alexandre Gallo, 47, who this year led the Under-21 side to glory in the International Toulon tournament.

A move for him would be ambitious but respond to a broad desire in Brazil now prevalent to see the game rebuilt from youth levels up.

Finally, the CBF could look for a Brazilian based abroad — such as Cuca, a Copa Libertadores winner with Atletico Mineiro in 2013 and now at Chinese outfit Shandong Luneng.