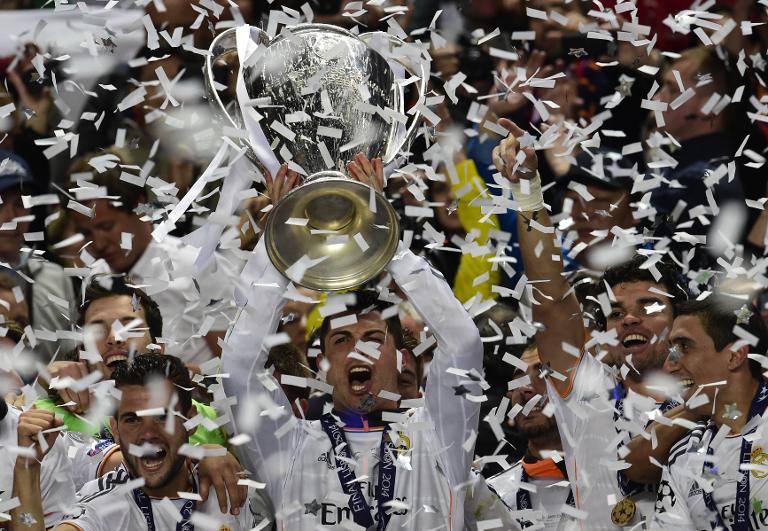 Spain may have been embarrassingly dethroned as World Cup holders, but Real Madrid and Barcelona are still champions at making money after they were named as the world’s two richest sports franchises.

For the second successive year, Forbes business magazine tagged European champions Real Madrid, where Cristiano Ronaldo plays, as the number one sports team with a value of $3.44 billion.

Barcelona, the home of Lionel Messi, Neymar and now the notorious Luis Suarez, are second in the chart with a current value of $3.2 billion, while English giants Manchester United are ranked at three at $2.81 billion despite their miserable season.

The only other football club in the top 10 are German champions Bayern Munich whose current value of $1.85 billion is good enough for seventh spot.

The rest of the top 10 is from Major League Baseball and the National Football League.

The New York Yankees are number four, valued at $2.5 billion with the Dallas Cowboys, worth $2.3 billion, holding the fifth place.

With 30 teams in the top 50, for the second consecutive year, the NFL occupies 60% of this yearâ€™s list.

The full list also included six teams from MLB and four from the NBA.

The NFL’s prominent standing on the list and the potential sale of the Los Angeles Clippers to former Microsoft head Steve Ballmer for $2 billion shows the value of big market sports teams in the USA is higher than ever.

The Clippers sale is currently hung up in the US court system. Forbes valued the team at $575 million in January before tentative deal was announced.

Forbes said the stock market’s bull run over the last five years, soaring TV rights and a limited number of teams for sale has contributed to skyrocketing values like the Clippers.

The average value of the top 50 teams is $1.34 billion, which is an 8% increase from last year, according to Forbes which has been rating the world’s leading sports clubs since 1998.

The New York Mets were one of three teams that dropped off this yearâ€™s list of the top 50 — the other drop-offs include the Oakland Raiders in the NFL and McLaren in Formula 1.