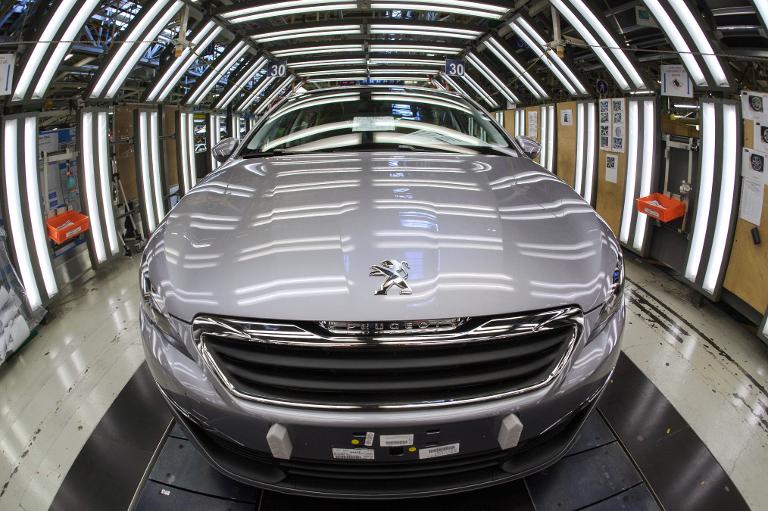 The number of new cars registered in Europe grew for the 10th consecutive month in June, according to industry data published Thursday, adding to evidence the embattled sector is recovering.

Sales of new cars rose by 4.5 percent last month to 1.2 million units, the Association of European Automobile Manufacturers (ACEA) said, as the market continues its battle to shake off a recent slump.

However, the number of new cars remained low, with the association saying the figure represented “the second-lowest level reached in a month of June since ACEA began the series in 2003 with the enlarged EU.”

Auto manufacturing powerhouse Germany was the only major market to shrink last month, with sales down 1.9 percent.

Growth in Spain, which suffered more than most other European countries in the crippling recession caused by the eurozone debt crisis, saw a spectacular gain of 23.9 percent.

Overall, demand for new cars, a key measure of the health of an advanced economy, rose by 6.5 percent over the first six months of the year.

In France, PSA Peugeot Citroen which is mounting a recovery from a severe financial crisis, said that it had increased sales around the world by 5.5 percent in the first half of the year from the equivalent figure last year, with a big boost for sales in China.

The group, which recently opened up to Chinese auto group Dongfeng and to the French state as shareholders, said that sales had risen in China but also in the European market, where its sales had suffered badly.

The group said the launch of several new models had underpinned the sales effort.

In the first half, the group sold 1.541 million vehicles of which 585,000 were sold outside France. Sales in China rose by 27.7 percent, which was twice the rate of the growth of the Chinese market, the company said.

Since March this year, China has become the biggest single market for the Peugeot group.