Home News For Kids Cycling 6700kms in a Car 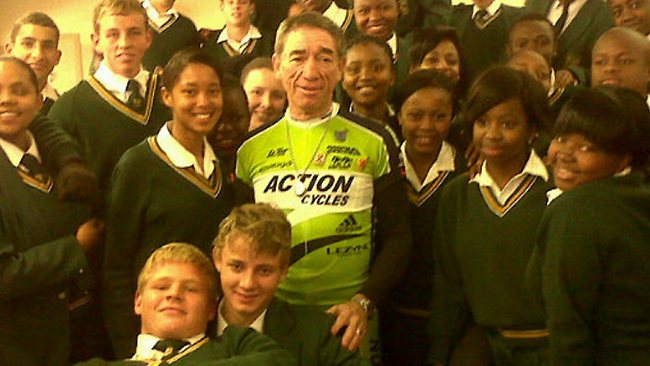 Johannesburg: The serial record breaker, Andre van Ziil, is set to make a new world record by cycling 6,700kms on a spinning bike while sitting in a car.

After breaking 43 different world records, Zijl now has been spinning for nearly two months in a car at the Irene Village Mall in Centurion, Tshwane.

As per the record breaker, sitting in a car is very different and they basically raised R20 000 for the various charities that he supports and this record attempt, beyond raising money for charity, was in dedication to “two great people”, Nelson Mandela and Zijl’s mother, who were born on the same day and in the same year.

Zijl, an HIV-activist who has known his HIV-positive status for over 30 years, said he was happy to have been able to speak to people at the shopping mall where his car-come-spinning centre is stationed.

He stated that sitting in a car can be “very boring”, hence, he has been able to read around 50 books since this latest record attempt began.