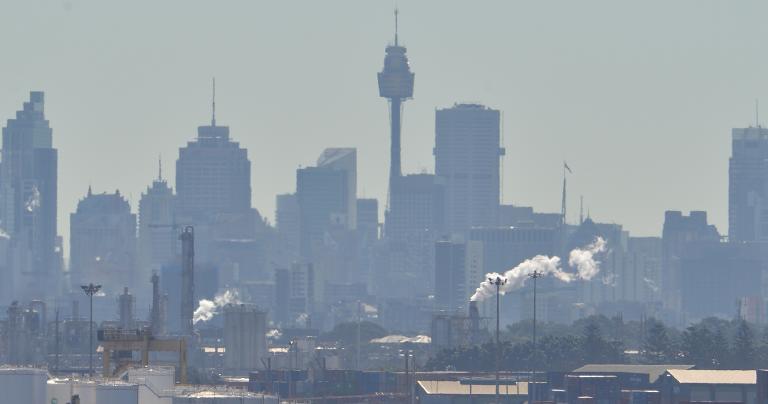 Australia on Thursday axed a divisive carbon tax after years of vexed political debate, handing the business-friendly government a victory but prompting critics to label the move a “big step backwards”.

The upper house Senate voted 39-32 to scrap the charge, which was imposed by the former Labor government on major polluters from 2012 in a bid to reduce greenhouse gas emissions.

It followed days of protracted negotiations with the minor Palmer United Party, which embarrassed the government last week by pulling its crucial support for repeal of the tax at the last minute.

Power-broker Clive Palmer backed the legislation after winning concessions for tougher measures to ensure cuts to electricity and gas prices were passed through to consumers and businesses.

Prime Minister Tony Abbott went to the polls in September with repealing the pollution levy as a central campaign platform, arguing the cost was being passed to consumers, resulting in higher utility bills.

“Scrapping the carbon tax is a foundation of the government’s economic action strategy,” said Abbott, who once said evidence blaming mankind for climate change was “absolute crap”.

“A useless, destructive tax which damaged jobs, which hurt families’ cost of living and which didn’t actually help the environment is finally gone,” he added.

The government must walk a tightrope in the upper house, needing the backing of minor party senators such as those from Palmer’s party to get its legislative agenda passed if it cannot secure support from Labor or the Greens.

This includes not only scrapping the carbon tax but the massive spending cuts it has planned to bring the budget under control.

Abbott’s conservative government says dumping the tax would save households Aus$550 a year and strengthen the economy, which is among the world’s worst per capita polluters due to its reliance on coal-fired power and mining exports.

Under the carbon tax, the country’s biggest polluters, including mining, energy and aviation companies, paid for the emissions they produced, giving them an incentive to reduce them.

The current administration favours a “direct action” plan that includes financial incentives for polluters to increase their energy efficiency.

The Climate Action Tracker, an independent monitor of countries’ carbon pledges and actions, has said this method will increase Australia’s emissions by 12 percent in 2020 instead of reducing them by five percent from 2000 levels as per its own target.

Michael Raupach, director of the Climate Change Institute at the Australian National University, said repealing the law was “a tragedy, not a triumph”.

“It flies in the face of three giant realities: human-induced climate change, the proper role of government as a defender of the common good, and the emerging quiet energy-carbon revolution.”

“Tony Abbott is taking Australia backwards while the rest of the world is moving forward,” he said in a statement.

“All of Australia’s major trading partners are taking serious action on climate change, including in our own region.”

“It is a monumental blunder for the nation under a climate-denying prime minister,” she said.

“It will make life worse for future generations and make Australia a global pariah.”

Abolition of the tax caps years of bitter debate.

Former Labor prime minister Julia Gillard promised voters there would never be a carbon tax under a government she led, and then announced a fixed price on carbon pollution after she won the 2010 election.

The “broken promise” dogged her for years with Abbott’s “axe the tax” rhetoric eating away at her government and ultimately paving the way for her toppling as Labor leader by Kevin Rudd.

Big business welcomed the repeal with mining giant BHP Billiton saying the tax had “a detrimental impact on Australia’s competitiveness”.

“From the point of view of sensible economic and environmental policy, today’s decision is a big step backwards,” said Paul Burke, a research fellow at the Crawford School of Pubic Policy at the Australian National University.

“The carbon price was doing its job: reducing emissions and contributing to government revenue.”