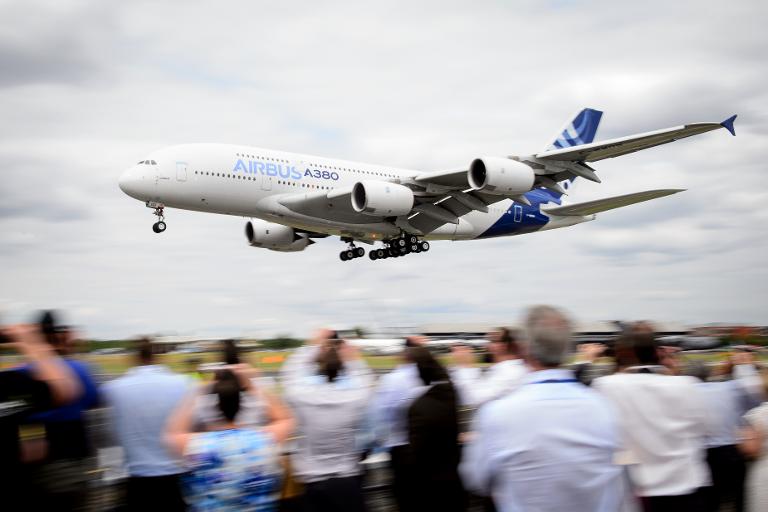 Airbus has enjoyed its best ever Farnborough show in terms of orders, the head of the European planemaker said on Thursday, helping it close the gap on US rival Boeing.

Airbus said it had won commitments and firm orders for 496 planes worth more than $75 billion (55 billion euros) at the key industry sales event that alternates annually with the Paris airshow.

Boeing said it had clinched deals for 201 aircraft worth more than $40 billion.

“This is the best Farnborough airshow in Airbus history and this is the third biggest if we include the Paris airshow,” chief executive Fabrice Bregier told a press conference at the event near London, which opens its doors to the public over the weekend for flypasts.

The fuel-efficient jets are valued at $7.72 billion at list prices but customers tend to receive significant discounts on such purchases.

“The green credentials of the neo is one of the key factors for us to choose the aircraft,” said HKAC chief executive Donal Boylan.

Transaero, Russia’s second-biggest airline, meanwhile said it is committed to buy 20 A330 aircraft, including a dozen new fuel-efficient neos, worth $5.3 billion.

Airbus had dominated the start of the week-long Farnborough event, securing a host of commitments for its new long-haul A330neo passenger plane — from air leasing companies and the airline AirAsia X — but no firm orders.

Boeing’s big moment at Farnborough came on Wednesday, when it concluded a deal with Qatar Airways for 50 of its revamped long-haul passenger jets along with a potential order for 50 more.

“Customers demonstrated their strong confidence in the family of Boeing commercial products, announcing orders and commitments for 201 Boeing airplanes valued at more than $40.2 billion at list prices,” the group said in a statement Thursday.

Ahead of the show, Airbus had lagged Boeing with 290 net plane orders versus 499 for the US group since the start of the year, when deliveries and cancellations were also taken into account.

Launched at Farnborough on Monday, the Airbus A330neo airliner is a revamped version of the A330, sporting latest generation Rolls-Royce Trent 7000 engines to provide more economical long-haul travel.

Airbus said it had secured 121 commitments for the A330neo at Farnborough.

Bregier on Thursday said Airbus had no plans in the short term to upgrade the engines on the A380 superjumbo, on display at Farnborough but which won no new orders.

Boeing is meanwhile changing the engines on its long-haul 777 model, helping it to secure new sales as economic recovery picks up around the globe.

First deliveries of the Airbus 330neo are scheduled for the end of 2017.

Missing from the show however was a much-anticipated appearance of the F-35 fighter jet.

The US military said on Tuesday that it would not send the plane to Farnborough after an engine fire grounded the entire fleet, in another embarrassing setback for the Pentagon’s most expensive programme ever.