Home Sports Poulter confident about wrist and writing off 2006 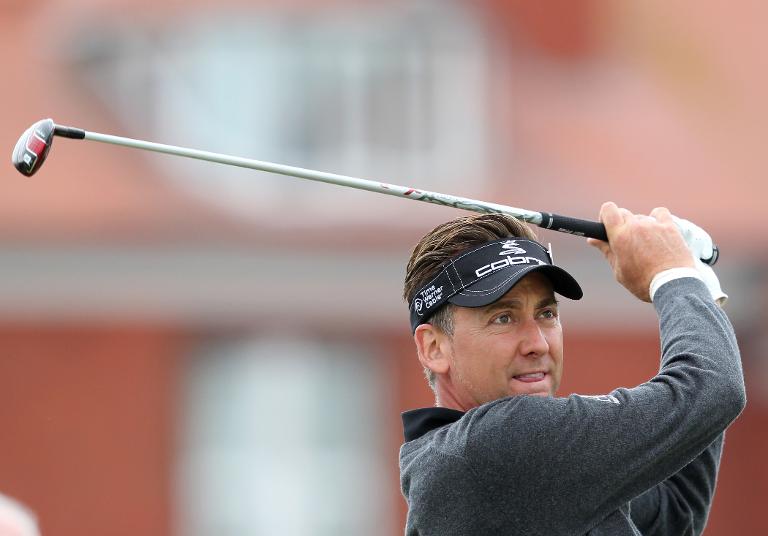 Englishman Ian Poulter says he’s ready to play through the pain barrier this week as he gets set for The Open tee-off at Hoylake on Thursday carrying a wrist injury.

The 38-year-old, whose best Open finish was runner-up in 2008 behind Irishman Padraig Harrington, noticed an already existing problem was worsening when he missed the cut at last weekend’s Scottish Open.

“I’ve had a ganglion cyst on the wrist in the past, I had three of them and every one has been syringed.

“By jarring it, by taking a force of a whack, some of that fluid has come out of the joint and into the cyst so therefore, it’s just touching on the nerve,” explained Poulter who has won 16 tournaments, including 12 on the European Tour.

“I’m just getting a little bit of pain so I’ll be chewing some anti-inflammatories and some painkillers for the week to try and get rid of some of that kind of pain in the area.

“But it’s good news there’s no tendon damage. And there’s no joint damage or bone damage. So at least I can rest assured if I’m in the rough, I can have a go at it a hundred percent and know that I’m not going to do any damage.

Well-known for his colourful and sometimes oulandish dress sense, Poulter, one of the heroes of the European Ryder Cup team in 2012, also said the memory of 2006 at Hoylake when he missed the cut has absolutely no effect on his mindset this week.

“I’m as prepared as I’m ever going to be to play this Open. I played some links golf last week. And even though I didn’t do as well as I wanted to, I still got in some good work.

“Playing any links golf before coming to the Open Championship is a good thing. So I feel like I’m ready to go.

On missing the cut on the same course when Tiger Woods won his 12th major in 2006, Poulter said it was long forgotten.

“I really don’t pay any attention to missed cuts, I get rid of them, I don’t like them, I detest them, and I erase them, there’s no good coming out of 2006 so I really don’t need to waste any of my brain cells thinking back to a bad week.

“It’s a totally different golf course. It played real firm and fast, it’s not quite as firm and fast this year as 2006.

“So I treat this week as a new week, albeit a course that I’ve played, that I know what I need to do.”