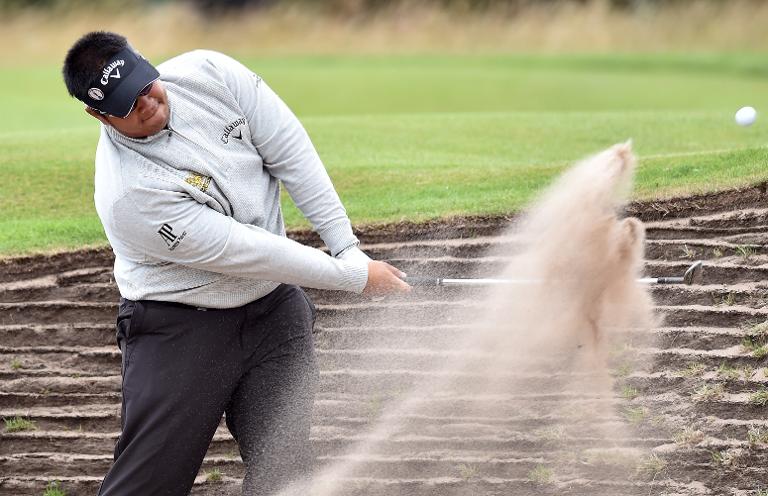 Asian Tour number one Kiradech Aphibarnrat says a week spent in a Thai Buddhist temple in May has improved his golf game and may serve him well on his second trip to the Open Championship.

The big-hitting Thai has endured a run of lackluster form following a magical 2013 campaign where he won once and enjoyed eight top-ten finishes to become the regionâ€™s number one player.

But his new source of inspiration may serve him in good stead for a potential run at this week’s Open which tees off at Hoylake on Thursday.

Kiradech spent some time at the Buddhist temple to learn to become a monk which he said taught him to become more patient with himself.

“From the beginning of the year until now, I felt like I haven’t been mentally strong and focused. I want to learn to be more patient with myself and enjoy my golf and hopefully my time in the temple will help me appreciate what I do for a living,” said Kiradech, who holds two wins on the Asian Tour.

“In the temple grounds, I did a lot of meditation and prayer every day. We also walked without shoes with the other monks for several kilometres daily to collect food which was another experience.

“I had to work and clean the temple grounds every day,” he said.

The 24-year-old will also be lifted by the presence of his mother Supunnikar who he says has helped him regain self-belief.

“I’ve got my mum here (at the Royal Liverpool Golf Club). When I was a junior golfer, Iâ€™ve always travelled around the world with her and we are very close.

“My parents know I’ve lost some confidence but we’re sticking together and they are trying to push me up,” said Kiradech, who has finished in the top ten just once this season.

Kiradech will make his second appearance at The Open after a disappointing debut last year.

He opened with a solid 72 at Muirfield but ballooned to a disastrous 85 after opening his second round with a triple bogey which shook him up.

“The Open was my first major last year and I made a lot of mistakes. It was a good experience and I believe I will not be so nervous as before,” said Kiradech.

“The main thing this week is the wind and bunkers but I do feel comfortable out here. I’m hitting it sharper than previously and Iâ€™ve got my confidence back. I just have to find one good week and hopefully everything will come back.

“I think the second half of the year should be a better one. The way I’m striking the ball in the last couple of weeks, I’m happy and I have a lot of confidence with my swing.