Home Sports Its up to Sky to attack Nibali says Porte 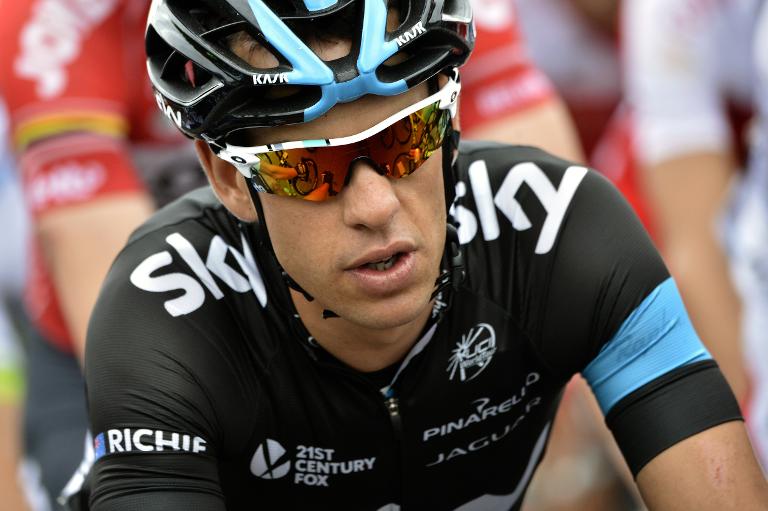 Porte sits second overall at 2min 23sec from the Italian after a couple of strong rides in the two uphill finishes so far.

Since reigning champion Chris Froome crashed out of the Tour on stage five with a broken wrist and hand, Australian Porte has stepped up to the leadership role of British team Sky.

But with Alberto Contador also crashing out on Monday’s stage 10, breaking his shinbone, his Tinkoff-Saxo team, stacked with excellent climbers, will no longer look to push the pace on the climbs to put pressure on Nibali.

But Porte says his team and those of Nibali’s closest challengers, such as the Movistar of Alejandro Valverde, third at 2:47, will now have to step up to the plate.

And despite Nibali and his Astana team looking imperious so far, Porte says the race is far from run.

“Anybody’s beatable, he’s in a great position, he’s got a good team, they’ve controlled this race really well having had the jersey for so long,” the 29-year-old said on Tuesday’s first rest day ahead of Wednesday’s hilly 187.5km 11th stage from Besancon to Oyonnax.

“But we’ve seen this Tour throws in surprises everywhere. It’s not over until Paris.

“We have to attack him now. It’s our race to take up to him. I’m sure Valverde, and all these guys (will attack) come the Pyrenees, close to Spain. I’m sure we’re going to see some exciting racing.”

On the first uphill finish on Saturday it had been Tinkoff pushing the pace ahead of a Contador attack, although Nibali followed him and lost only three seconds.

But without the two-time former champion out on Monday it was Nibali’s Astana who took up pace-setting duties before the Sicilian himself launched the hostilities.

Porte was the only rider to chase and when he looked around for help, all other potential contenders tucked in behind his wheel.

Porte ended up seventh, 25sec behind Nibali while five other riders stole a few seconds off the Aussie after attacking him in the last few hundred metres.

“It was frustrating at the time, Nibali’s up the road, that’s the race,” moaned Porte.

“But in some ways for me it’s good to see I’m the one taking the race up, taking the responsibility.

“It wasn’t ideal to ride 2km (towing the others), and to only lose a few seconds there on such a hard finish, I think it’s a good day.”

But he’s expecting it to be more of the same in the absence of Contador, although he is hoping for a hand from some teams.

“Of course with Saxo losing Alberto that does change the dynamics of the race. I’m not going to give away what we’re going to do tactically but if we want to take time back we do have to ride aggressively somewhere.

“Not just us but Movistar as well, they have a good team to do that. There could be a queue to give it to Astana in that last week.”

Now that Porte is the new Sky leader, Welshman Geraint Thomas has been promoted to chief lieutenant, the role Porte played for Froome and before that, Froome did for Bradley Wiggins.

Thomas says it’s been interesting to witness at close hand the similarities and differences between the three leaders.

“Brad’s more quiet, he doesnt say a lot. From Brad I can only comment from 2011, he doesn’t speak so much in the race so you’re not quite sure what he’s thinking sometimes,” said Thomas.

“Froomey’s really like ‘right boys, this is what I want today’, and he’s really developed as well over the last year or so with that.

“Richie’s just starting out, he gets stuck in, he’s aggressive, he really fights, which all three of them do, which is all you want really.

“If you’re riding yourself into the ground you just want to know the guy behind you who you’re riding for is going to do the same.”