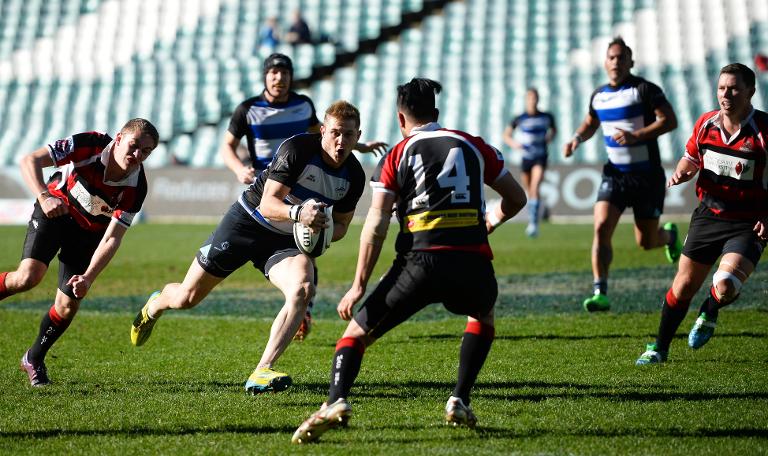 The first national study of homophobia in Australian sport released Wednesday suggests insults, jokes and discrimination based on sexuality is commonplace both on and off the field.

The findings come just days after Australia’s Olympic swimming star Ian Thorpe revealed he is gay and had feared the consequences of coming out.

The study of 2,500 Australians, which included those from professional and amateur sports, found 85 percent of gay and bisexual people had witnessed or experienced discrimination in a sporting setting either playing or as a spectator.

The figure was 75 percent for heterosexual respondents.

About half of the lesbian, gay and bisexual people surveyed said they had been the target of homophobia, as had one in four heterosexual men.

“Casual homophobic language such as jokes and humour is commonly accepted in Australian sport while gay slurs are often seen as a very demeaning way to insult someone, regardless of their sexuality,” said researcher Caroline Symons from Melbourne’s Victoria University.

“The results are eye opening, but they also confirm what we have been hearing from our players for the last 10 years,” said David Whittaker, president of Australia’s first gay rugby union club, the Sydney Convicts.

“Many of our players left their club or sport because of a culture where homophobic comments and behaviour are tolerated and commonplace.”

The “Out on the Fields” study, which surveyed equal numbers of gay and straight people, found 64 percent of lesbian, gay and bisexual athletes felt that derogatory jokes, insults or abuse were more common in sporting teams than in general society.

The most common form of homophobia reported by all respondents were the use of words such as “fag, dyke or poofter” followed by homophobic jokes and humour and casual comments such as “that’s so gay”.

Swim great Thorpe, 31, has received praise for his decision to reveal he was homosexual, in a move advocates believe will help remove the stigma of homophobia in sport.

In a television interview with Michael Parkinson, the five-time Olympic champion said he had “wanted to come out” for some time, but did not feel as if he could make the admission.

“Part of me didn’t know if Australia wanted its champion to be gay, but I am telling not only Australia but the world that I am gay and I hope it makes this easier for others now,” he said.

Sydney, home to a major gay and lesbian Mardi Gras celebration each year, will next month host the Bingham Cup, the World Cup of gay rugby.