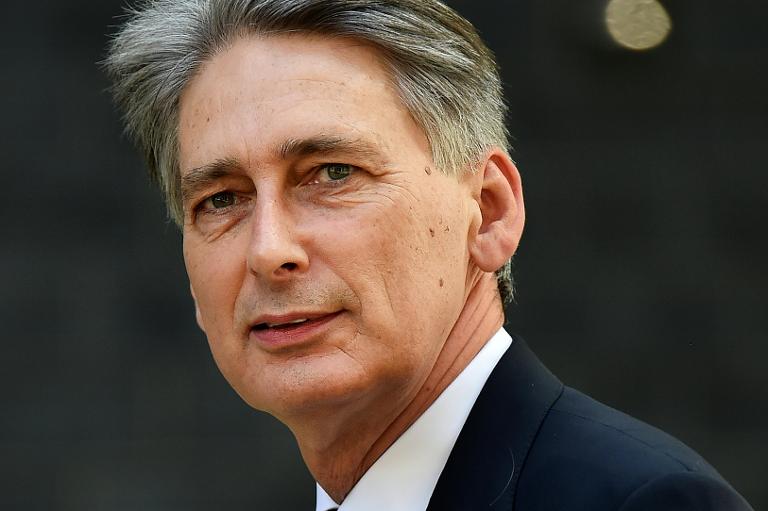 Former defence secretary Hammond, who replaces William Hague, supports Britain leaving the European Union unless significant powers are returned to London before a referendum promised for 2017.

The reshuffle is the biggest since Cameron’s Conservative-led coalition government took office in 2010 and marks a bid to broaden his party’s appeal at the general election in May 2015.

The prime minister has pledged to hold a referendum on Britain leaving the EU if he is re-elected.

Newspapers billed the reshuffle as a cull of the “pale, male and stale” which opened the door for a new wave of women to get ministerial jobs, though women still held less than a quarter of posts.

It also saw the government turn more eurosceptic as Cameron seeks to face down the anti-EU UK Independence Party (UKIP), which many lawmakers fear could take seats from the Conservatives at the election.

“I think it (the reshuffle) will be interpreted in Europe as raising the stakes and showing that this is now getting more serious,” Mats Persson, director of the Open Europe think-tank in London, told AFP.

The changes were also seen as the first volley in Cameron’s battle for re-election next year, with the prime minister’s ousting of his friend, the unpopular education minister Michael Gove, seen as a particularly ruthless move.

“The real message of the past 24 hours of political drama, live-tweeted on the Cameron Twitter account, is that the prime minister is now entirely focused on next year’s election,” wrote the left-leaning Guardian in an editorial.

“Belatedly, the prime minister has understood that his too-male, too-southern, too-posh cabinet is a serious political liability,” wrote The Times.

Opinion polls put the main opposition centre-left Labour party several points ahead of the centre-right Conservatives, with UKIP in third position ahead of Cameron’s centrist coalition partners the Liberal Democrats.

In his first public comments as foreign secretary, Hammond vowed that his approach to the EU would be one of “enthusiastic engagement with the reform agenda”.

“But our position is very clear,” he told reporters at the Farnborough airshow south-west of London. “It won’t be the politicians in smoke-filled rooms who decide whether the deal is the right one.

“It will be the British people in a referendum who decide whether the deal is the right one.”

The 58-year-old is seen as a safe pair of hands whose appointment will reassure eurosceptics.

“Hammond isn’t the kind of politician to set the heather alight,” wrote political commentator James Forsyth in a blog posting for the Spectator magazine.

“But the fact that someone who has said that they’d vote to leave (the EU) if substantial powers were not returned to the UK in the renegotiation is now foreign secretary sends a clear message to the rest of the EU.”

Hammond has been replaced as defence secretary by Michael Fallon, a veteran loyalist.

Cameron also said Tuesday he had nominated Jonathan Hill, the leader of parliament’s upper chamber House of Lords, as Britain’s next EU Commissioner.

Hill, a political secretary to former prime minister John Major in the early 1990s, is little known even in Britain.

The 53-year-old recently denied he was about to be offered the job, but released a statement on Tuesday saying he was “excited” by the chance to “play a part in reforming the EU”.

He also stated his support for Britain’s continued membership of the EU, saying it should play a leading role.

Cameron had promised in opposition to make a third of his government female but the reshuffle left him well short of his goal, despite an increased number of women on the front bench.

These include Nicky Morgan, a former lawyer who will take over from Gove as education secretary, and Liz Truss, who takes the environment portfolio.

There are now five women with full cabinet status, up from three before the reshuffle but the same number as Cameron had at the start of his term in 2011.

His attempts to breath youth into the front bench has seen its median age fall five years to 47.5.

Hague will remain in parliament until the next election but his resignation as foreign secretary marks the end of the political career of a man Cameron called “one of the leading lights of the Conservative Party for a generation”.

A former Tory leader, Hague was a leading voice urging the overthrow of Syrian President Bashar al-Assad before the House of Commons last year voted against conducting missile strikes.