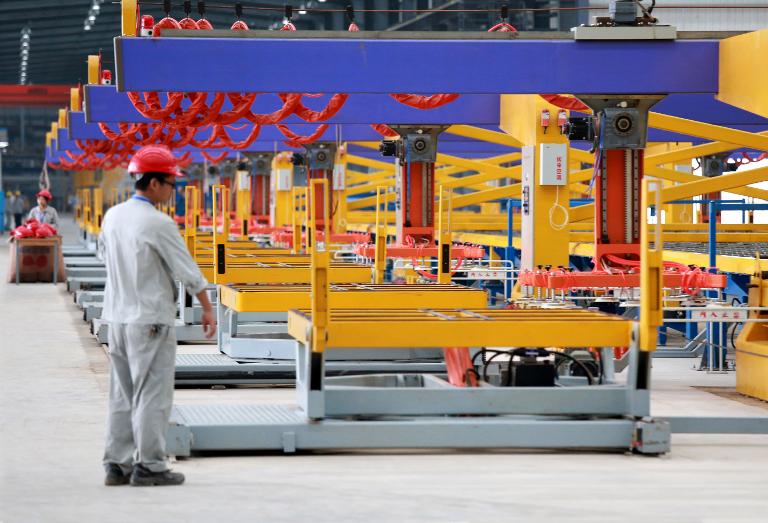 The April-June figure from the National Bureau of Statistics compared with 7.4 percent in the previous three months and exceeded the median forecast of 7.4 percent in a survey of 17 economists by AFP.

But some analysts remain pessimistic about the full-year outlook given persistent concerns over the huge but troubled property sector.

“Generally speaking, China’s economy showed good momentum of stable and moderate growth in the first half-year,” NBS spokesman Sheng Laiyun told reporters. “However we should keep in mind that the domestic and international economic environment is still complicated and the national economy still faces many challenges.”

The NBS also said China’s economy expanded 7.4 percent in the first half of the year.

The results come after Beijing introduced a series of policies since April in response to concerns over slowing growth, including tax breaks for small enterprises, targeted infrastructure spending and the encouragement of lending in rural areas and to small companies.

Wendy Chen, Shanghai-based economist with Nomura International, told AFP: “A series of policy easing measures have taken effect, and the economy has already bottomed out and recovered.”

Growth would be “slightly better” in the second half of the year, she said, but added: “We expect more policy easing in the third quarter, in all aspects including the property sector.”

The government’s efforts, which economists have dubbed “mini-stimulus”, have had a short-term stabilising effect.

But the NBS statement said most key property indicators declined in the first half, with home sales values down 9.2 percent.

“If this trend continues, we will need to see whether infrastructure construction and manufacturing can offset the impact from the property industry decline,” she told AFP.

For full-year 2014, the median forecast in the AFP survey is for expansion of 7.3 percent — against 7.4 percent in the last quarterly poll three months ago.

If realised, 7.3 percent growth would be the weakest annual performance since 3.8 percent in 1990.

The objective is usually set conservatively to ensure being met — the last time China missed it was in 1998, during the turmoil of the Asian financial crisis.

Officials including Premier Li Keqiang this year emphasised that the goal is flexible — widely seen as a hint it may not be realised.

But last month, Li called achieving it the “inescapable responsibility” of local governments and urged “no delay” in action, indicating concern.

China’s leaders consistently say slower growth is good for the country as they try to reduce decades of over-reliance on the huge though often inefficient investment projects that have girded expansion.

Retail sales, a key indicator of consumer spending, increased 12.4 percent in the same month, while fixed asset investment, a measure of government spending on infrastructure, rose 17.3 percent on-year in the first six months.

“Today’s data clearly demonstrate that policymakers have plenty of tools to shore up growth if necessary and we expect that further targeted measures may be rolled out to offset continued weakness in the property sector,” he wrote.

Despite the improved growth the benchmark Shanghai Composite Index slipped 0.15 percent, or 3.08 points, to 2,067.28.