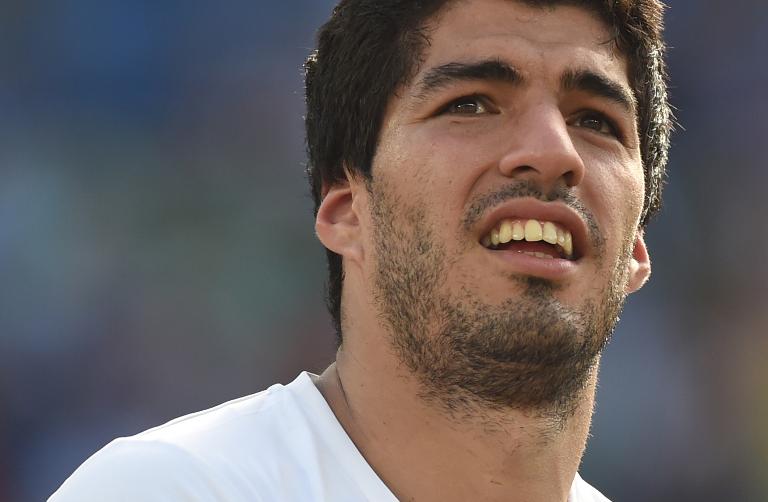 Barcelona will accept Luis Suarez with his “imperfections” and believes he will play a positive role despite his notorious World Cup bite, a top club official said Wednesday.

Barcelona could not show off their new signing from Liverpool because he is serving a four month ban from all football for biting Italian defender Giorgio Chiellini.

But sporting director Andoni Zubizarreta said: “Luis Suarez is going to play a positive role in the years he will be at Barcelona.”

The Spanish giants “accept humans with all their imperfections, all their mistakes and their capacity to learn from their errors.”

The incident with Chiellini during Uruguay’s World Cup group win over Italy was the third case of Suarez biting an opponent.

Barcelona paid a reported â‚¬95 million ($128 million) for Suarez. But he cannot train or play with them until November because of the four month ban imposed by a FIFA disciplinary committee.

A lawyer for Suarez has said the player will appeal against the biggest punishment imposed at the World Cup to the Court of Arbitration for Sport.

Asked if Barcelona wanted to get the ban reduced, Zubizarreta said: “We are analysing the information provided by FIFA to see how we can defend the player’s rights.”

He added that club lawyers had recommended that officials be “extremely prudent” when discussing the case.

Barcelona’s new coach Luis Enrique told the press conference he would have prefered to have Suarez ready at the start of the season.

FIFA president Sepp Blatter said Monday that the ban was “very severe” but that he had to accept the action of the FIFA committee.