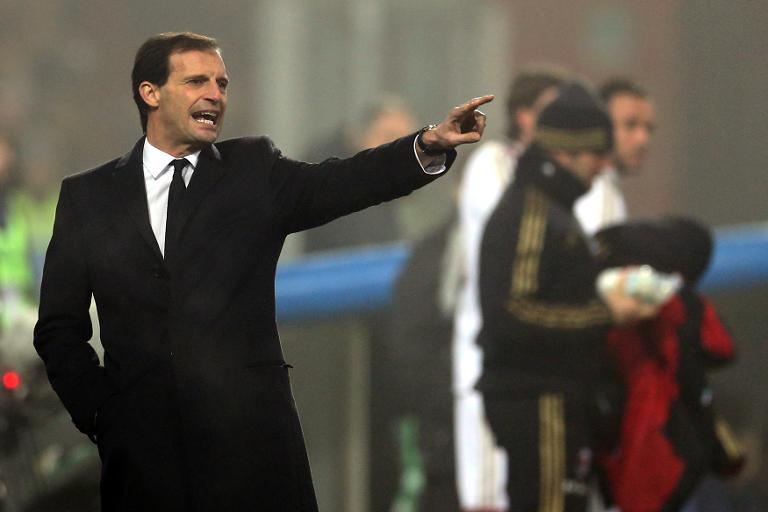 Massimiliano Allegri said it was an honour to be named the new Juventus coach but insisted he would not be making radical changes to a squad which swept the last three Serie A titles.

The 47-year-old former AC Milan boss was named to the job less than 24 hours after Antonio Conte quit.

“It was a bolt from the blue when I was asked as to my availability for the job. I’m happy, honoured and I know how big a job this is,” said Allegri who had been out of work since his sacking by AC Milan in January.

“From tomorrow I’ll start working alongside the club and team to build for an important and winning season.”

Allegri had won the title in his first season (2010/2011) in charge at Milan while the club were runners-up the following campaign.

Allegri praised the work of Conte who has been tipped to succeed Cesare Prandelli as national team manager in the wake of Italy’s World Cup campaign flop.

“He represented a great deal as a player and manager, he dominated and achieved great things in Italy and I understand the fans’ scepticism, because in the space of just one day Juventus has a new coach,” said Allegri.

“Winning them over will require victories, hard work, respect and professionalism. I spent four years at Milan and consider myself ready to continue the run of success enjoyed by the team over the last three years.”

“Overhauling the team wouldn’t be a particularly wise move. I’ll work on the players’ attributes and try to improve them further. Changing a system that works wouldn’t make sense.

â€œThe three consecutive titles make us favourites in Italy and we’ll compete all the way for the title. There are great clubs in Europe, but with a shrewd transfer policy and organisation weâ€™ll try to enjoy an excellent Champions League campaign, just as Atletico Madrid did last season. Juventus must be among the top eight teams in Europe, it’s our duty.”

According to Italian media reports, Allegri signed a two year deal worth 2.5 million euros a season.

Allegri joins Juventus with the club on a high after a record 102 points haul last season en route to their third straight Scudetti.

At Juventus, Allegri will be reunited with Andrea Pirlo, the star playmaker he worked with at Milan.

â€œI have a great relationship with Pirlo. Heâ€™s a world class performer and always played when he was with me at Milan,” Allegri told www.juventus.com.

“He was unlucky in his last season due to a few injuries and struggled to fully recover, subsequently moving to Juventus, but thankfully, after three years, Iâ€™m lucky enough to be able to work with him again.”