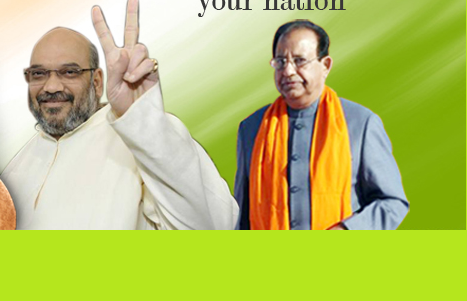 New Delhi: As per some highly placed sources in BJP, the party is making attempts to stake claim to form government in Delhi, which has been under President’s Rule for the last six months. Jagdish Mukhi could be the next chief ministerial candidate said sources. The party, however, officially denied any such move.

In the elections held last December BJP had won 31 seats and its ally, Akali Dal, had won one. At 32, they were four short of a majority.Â

But three BJP MLAs contested and won the general elections in May – including the party’s first choice for Chief Minister Harshvardhan, who is now Health Minister at the Centre. The party’s total has now declined to 29 MLAs along with its ally, but so has the strength of the House to 67. BJP now needs the support of five more MLAs to stake claim to form government.Â

Sources said the party unit is waiting for Prime Minister Narendra Modi to return from his foreign tour before making a move. The party does not favour fresh elections.Â Neither reportedly does Congress, which had suffered a huge drubbing in the December elections, winning only eight seats after having ruled Delhi for 15 years.

After a lull, there has been considerable activity on the Delhi political front in the last few days. Kejriwal has accused BJP of trying to buy his MLAs, a charge that the latter has stoutly denied. BJP’s Delhi chief Satish Upadhyay on Wednesday challenged Kejriwal to prove his allegations. Â

AAP has 27 MLAs in Delhi. In January this year, after BJP said it could not form government, Kejriwal became chief minister with the external support of the Congress’ eight MLAs. That partnership, shaky from the beginning, came apart 49 days later, when AAP government resigned.Â