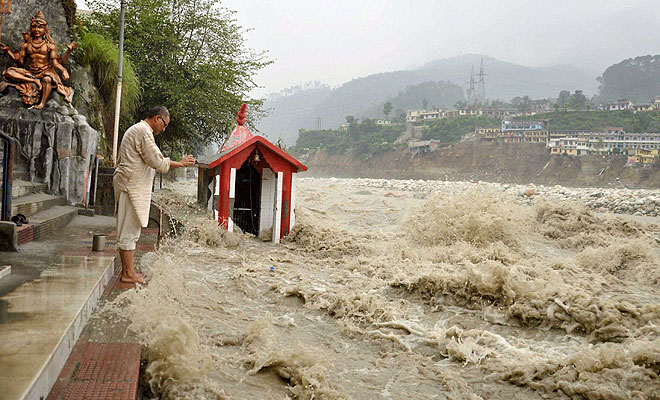 Dehradun: The Indian Meteorological Department (IMD) has issued a heavy rainfall alert for Uttarakhand, prompting evacuations in several areas. Â The Met alert for Wednesday follows incessant rains in several parts of the state over the past two days.Â

As per Met officials, the state will likely witness very heavy rainfall on Wednesday. The state authorities have asked local administrations to step up vigil in “rain prone” areas.Â

The state government has also put in place a special plan for the Badrinath, Kedarnath and Gangotri regions, in view of the unprecedented rains and flash floods that hit last year.Â

Reports said traffic was disrupted on several arterial roads and highways following minor landslides on Sunday and Monday in Netalaa, Lambgaon, Uttarkashi and Chorangikhal.Â The Kedarnath Yatra, however, has not been disrupted, officials said.Â

“As a caution however we have alerted teams in that area,” said an official of the state disaster management centre.