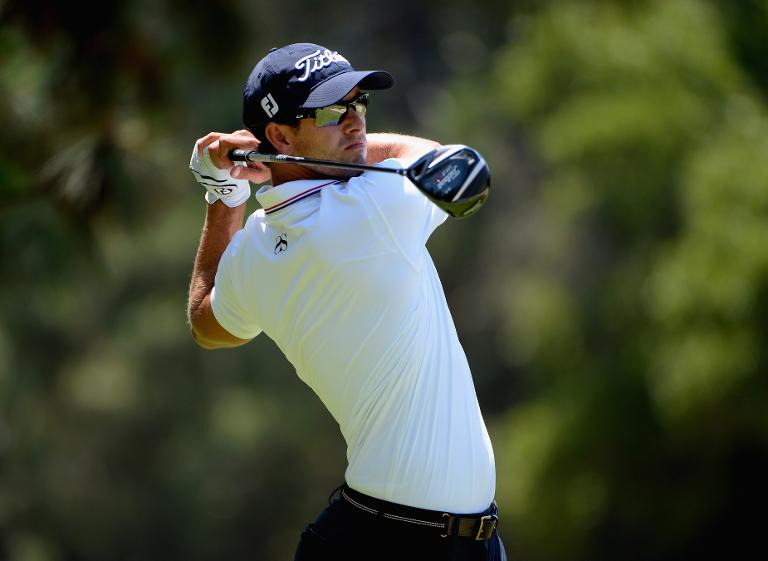 Adam Scott has emulated his boyhood hero Greg Norman on one stunning occasion, and now he wants to do it all again this week at Hoylake.

The Australian famously captured the Masters title in 2013, becoming the first player from his country to do so after years of heartbreak, most of them involving Norman, who finished runner-up at Augusta three times.

That made Scott a national hero back home and since then he has gone on to capture the world number one ranking, the first Australian golfer to do so since Norman.

Now the 34-year-old from Adelaide has his sights firmly set on the British Open, which was won by Norman, for the second time, at Royal St George’s in 1993, the last Australian to do so.

“Of course, you want to emulate what your childhood hero has done, and Greg winning The Open, it’s always sat very high with me,” he said.

“And watching Baker-Finch (in 1991) win it, as well, in the fashion he did, was pretty spectacular. It’s got a huge amount of meaning to me.

“I think it does to all the golfers. And Phil Mickelson, I really liked what he said (at Muirfield last year), he felt like a complete golfer after he’d won this, because it’s such a different test and examination of your game.

“I think the sense of achievement that Phil must have felt or that anyone would feel winning this championship is huge and the history and everything else involved in it.

“So absolutely I’d love to get my name on the trophy with Greg and the other Aussies.”

Scott certainly has the pedigree to win The Open and he has come desparately close in the last two years, especially in 2012 at Royal Lytham where he blew a four-stroke lead with four holes to play to allow in the fast-finishing Ernie Els.

At Muirfield last year he was in contention most of the way down the back nine until being overhauled by a superb closing effort form Mickelson.

It all makes him hungrier for the win and aware of what pitfalls lie in his way.

“It proved to me that I can play at the required level in majors. And The Open Championship, and I took that as a positive and figured I must be doing some of the right things to put myself in that position,” he said of his close calls.

“And I tried to keep doing all the right things and make amends for any errors that I made at Lytham.

“Next time I had a chance at Augusta I was able to get over the line. And I’d like to just keep giving myself those chances. And the more I do, I’ll win some and I’ll lose some. But hopefully the wins add up.

In contrast to other top Open challengers like Mickelson, Els, Rory McIlroy and Justin Rose, Scott decided not to play last week in the Scottish Open on the links of Royal Aberdeen.

Instead, he stuck to his usual plan of arriving early at the Open venue and getting to grips with the specific demands of the course.

“I’ve played Royal Aberdeen before, and I know it’s a great track,” he said.

“But in a sense the way I see it, and it might be wrong, but why play that links when you can play this one (Royal Liverpool)?

“I feel like I can come out here and learn the golf course I’m trying to perform on.